ON YOUR RADAR: Ashley Deckman 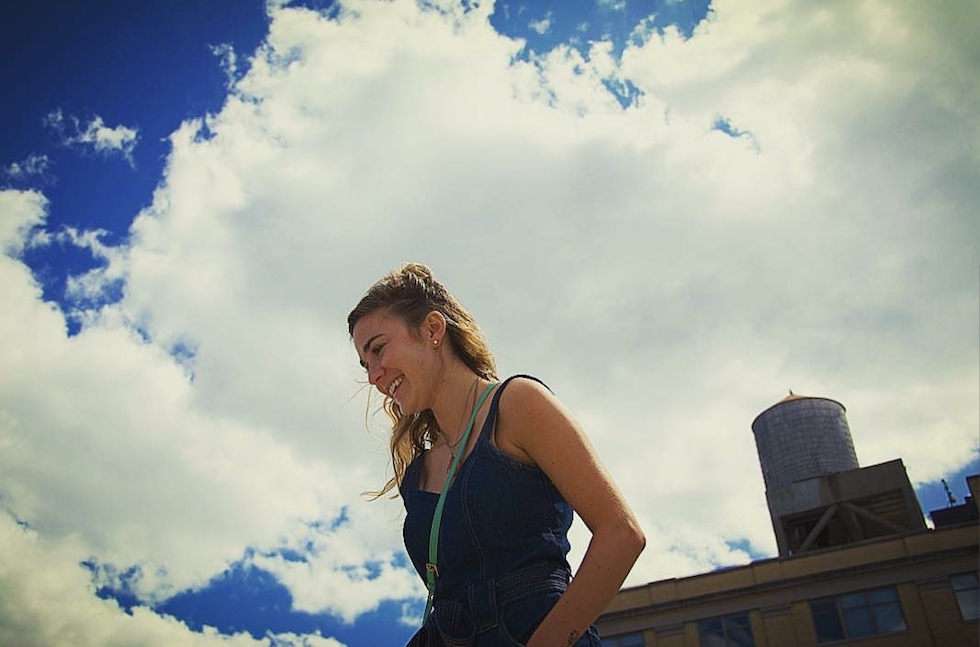 ASHLEY DECKMAN IS CURRENTLY A 3RD YEAR STUDENT AT GRAD FILM. WE ASKED HER A FEW QUESTIONS AND HERE’S WHAT SHE HAD TO SAY:

I grew up with a young single mother. In my early years my mother and I bounced around a lot; finally settling in Annapolis, Maryland, where my family currently resides. Annapolis is a small historic town on the Chesapeake Bay. It is the kind of town where if you go out in public you have to be prepared to run into at least one person you know. (This has unfortunately happened to me many times at the grocery store in my pajamas...)

In the summer the Annapolis harbor is filled with sailboats and tourists, and in the winter most townies can be found tailgating at the Navy football games or hibernating in the local watering holes- Like Acme or Heroes. With the Naval Academy just a few blocks away from my parent’s home, and Washington D.C. only twenty minutes to our SW, there is a strong sense of patriotism in my town. Growing up, I took Annapolis for granted. It wasn’t until I left I realized how much my town shaped who I am today.

What inspired you to decide to study film?

As a child I loved to put on “performances.” Anytime a friend would come over we would hide away in the playroom above our garage, making up dances or reenacting scenes from a movie we just saw. When I was recently home for winter break I came across one of these videos, from the fourth grade where I was directing my friend through a scene at a “high school dance.” I was a ruthless director, bossing her around (all caught on film)!  For a long time I thought I wanted to be an actress, but whenever it came down to it, I preferred to be behind the camera instead of in front of it. Then, my fate was sealed when I took a cinema studies class in high school and I saw Guillermo Del Toro’s Pans Labyrinth. That is when I truly fell in love with film and the whole process. I furthered my film studies in undergrad, where I minored in Electronic Media and Film. However, I do NOT consider myself to be a film connoisseur of any sorts. I love discussing the art of film making and going to the movies whenever I can, but there is still so much I haven’t seen, and have yet to learn.

That is a really tough question to answer. But if I had to pick one thing, I would say the most rewarding experience at NYU thus far has been the ability to work with filmmakers from all over the world, with such unique visions and voices. No one student is the same. Every piece of work the students make is so deeply personal. I feel like I get to know more and more about my classmates every directing exercise I watch, or script we workshop in class. Each and every one of us has made leaps and bounds in our craft since the first year at NYU, and I am so excited to see where we all are three years from now!