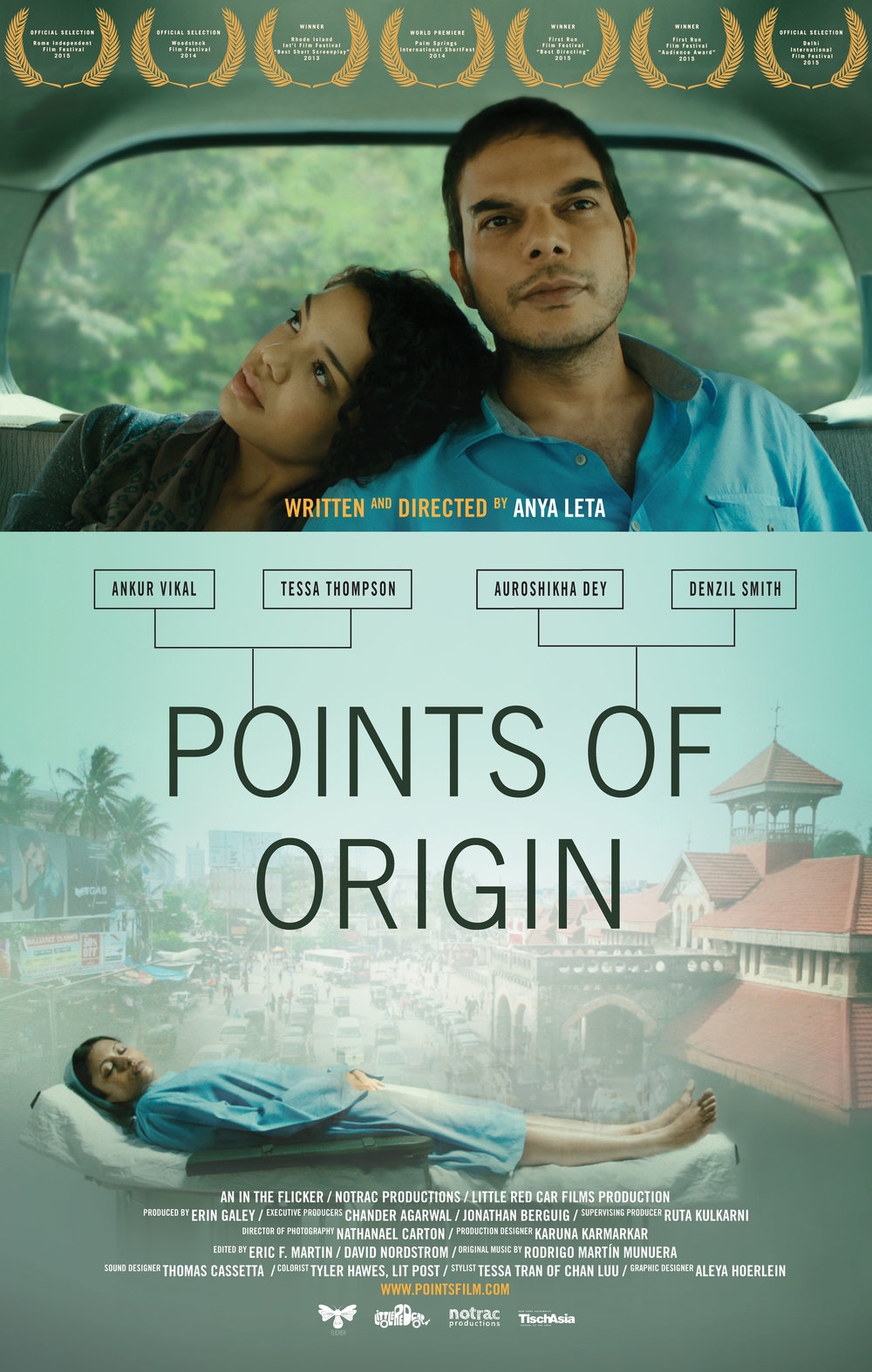 Alumna Erin Galey has produced a short film titled Points of Origin with her production company In the Flicker. The film was written and directed by Anya Leta and features actress Tessa Thompson from Creed and Ankur Vikal from Slumdog Millionaire.

Points of Origin was recently chosen as a Vimeo Staff Pick and featured on Future Shorts. It was also picked for the Short of the Week channel and written about in the Ideal Indian.

The film has won numerous awards including the audience award at the Haig Manoogian screenings last year, many awards from First Run, and has been screened at many more festivals.

Check out the film on either Vimeo or Youtube