The Graduate Film Department at NYU Tisch invites industry professionals to speak and sometimes screen their work Wednesday evenings during the academic year as part of the "Chair's Workshop" series.

Here is the list of participants for the academic year of 2019-20: 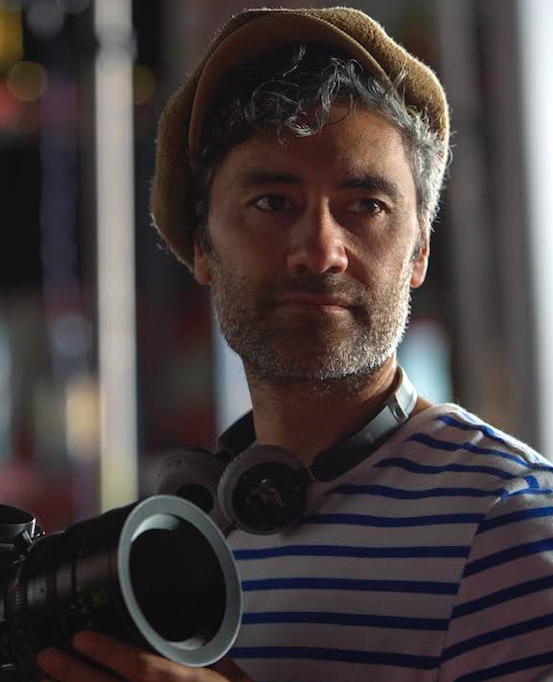 Taika Waititi engaged in a spirited Q&A with Grad Film on his roles as a writer, director, and actor. Waititi is an Academy Award®-winning writer, director, and actor. His latest film JoJo Rabbit (Fox Searchlight) received six Oscar nominations, including Best Picture, and earned him an Oscar for Best Adapted Screenplay. The film was also nominated for a Golden Globe for Best Motion Picture Musical or Comedy, among other accolades. Previously Waititi directed the critically-acclaimed blockbuster Thor: Ragnarok for Marvel, which made over $850 million worldwide, as well as the beloved indie films Hunt for the Wilderpeople, What We Do In The Shadows, Boy, and the Oscar®-nominated short film Two Cars, One Night.

Waititi is currently in post-production on Next Goal Wins for Fox Searchlight, based on the 2015 documentary of the same name, which he wrote, directed, and produced. Next he will direct and write Thor: Love and Thunder starring Chris Hemsworth, Tessa Thompson, and Natalie Portman, being released February 11, 2022. He can also be seen in Shawn Levy’s Free Guy (Twentieth Century Fox) alongside Ryan Reynolds, Jodie Comer, Joe Keery, and Channing Tatum on December 11, 2020.

For television, Waititi directed the season one finale of The Mandalorian for Disney+, in which he also stars, and he served as executive producer, co-writer, and is the director of the critically-acclaimed TV adaptation of What We Do In The Shadows, now in its second season on FX. 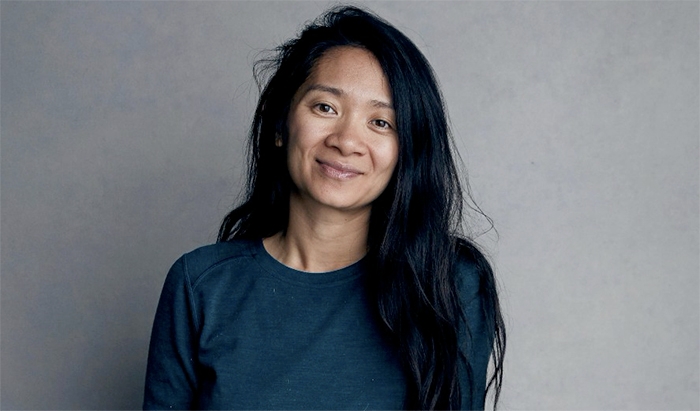 Chloé Zhao discussed her journey after Grad Film, including being known for her work with non-actors.  Zhao is a film director, screenwriter, and producer. She worked odd jobs as a party promoter, in real estate, and bartending before studying film production at New York University Tisch School of the Arts.

In 2010, Zhao's short film Daughters premiered at the Clermont-Ferrand International Short Film Festival and won Best Student Live Action Short at the 2010 Palm Springs International ShortFest and Special Jury Prize at the 2010 Cinequest Film Festival. In 2015, Zhao directed her first feature film, Songs My Brothers Taught Me. The film premiered as part of the U.S. Dramatic Competition at Sundance Film Festival. It later played at Cannes Film Festival as part of the Director's Fortnight selection. The film was nominated for Best First Feature at the 31st Independent Spirit Awards.In 2017, she directed The Rider, a contemporary western drama which follows a young cowboy's journey to discover himself after a near-fatal accident ends his professional riding career. The film premiered at Cannes Film Festival as part of the Directors' Fortnight selection and won the Art Cinema Award. The film earned her nominations for Best Feature and Best Director at the 33rd Independent Spirit Awards. At the same ceremony, Zhao became the inaugural winner of the Bonnie Award, named after Bonnie Tiburzi, which recognizes a mid-career female director. The film was released on April 13, 2018 by Sony Pictures Classics and was critically acclaimed.

In September 2018, Marvel Studios hired her to direct a film based on the Eternals. It is set to premiere in November 2020. 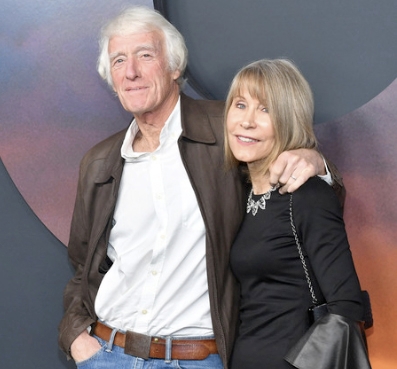 Roger Deakins is a prominent English cinematographer best known for his collaborations with directors like the Coen brothers, Sam Mendes and Denis Villeneuve.  Born in Torquay, Devon, England, he attended art college and the National Film School. He started in documentaries, shooting many in Africa as well as covering the Whitbread Round the World Yacht race that required him to work for more than 9 months as a crew member while filming a documentary.

Roger then went on to feature cinematography, starting in England and then later shooting in the United States. His primary hobbies are taking still photographs and fishing. Before he entered the National Film School, he spent a year in North Devon, England, using his still camera to document the way of life on the farms and in the villages. This cemented his passion for still photography that continues to this day.

James Ellis Deakins started out as a script supervisor.  She and Roger Deakins met on the set of David Mamet’s Homicide.  She currently oversees the digital workflow on projects that Roger Deakins’ shoots.  They work as a team to pick projects, prep and shoot the project. 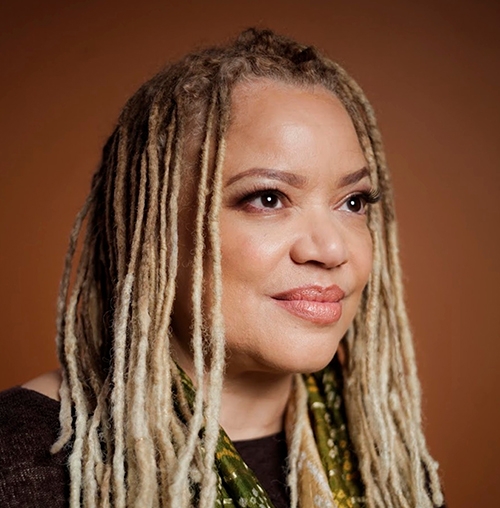 NYU Grad Film Arts Professor Kasi Lemmons screened her film, Harriet, and engaged the community in an insightful Q&A afterwards.  As an actor, director, writer, producer, librettist, mentor, and educator, Kasi Lemmons is one of the most powerful voices of our time. Her first feature, Eve’s Bayou, is considered one of the essential works of the 1990s and was recently selected for preservation in the Library of Congress' National Film Registry. Her second film, The Caveman's Valentine, opened the 2002 Sundance Film Festival, her third film, Talk to Me, earned the 2008 NAACP Image Award for outstanding directing, and Fox Searchlight released her fourth film, Black Nativity, released nationwide on Thanksgiving 2013. Last year, Lemmons premiered her fifth film, Harriet, starring Cynthia Ervio as the iconic freedom fighter. Her first libretto also premiered in 2019, in the opera Fire Shut Up in My Bones. She is an Arts Professor in the Graduate Film Department at New York University's Tisch School of the Arts and is currently in development for the The Shadow King, a feature film based on the critically acclaimed novel by Maaza Mengiste. 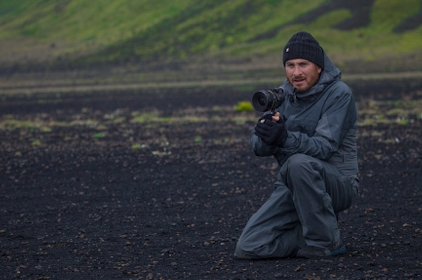 Darren Aronofsky gave an overview of his career as a writer, director and producer with Grad Film.  Brooklyn born and raised, Academy Award®-nominated filmmaker Darren Aronofsky is the founder of Protozoa Pictures. He is the writer, director, and producer of mother! starring Jennifer Lawrence, Michelle Pfeiffer, and Javier Bardem. Aronofsky produced Jackie in 2016, which garnered three Academy Awards including Best Actress for Natalie Portman.

In 2010, Aronofsky received a Best Director Academy Award® nomination for his indie box office phenomenon Black Swan starring Natalie Portman, who won a Best Actress Academy Award for her performance.  That same year he was a producer on The Fighter. Aronofsky also directed and produced The Wrestler (2008), which won Golden Globes for actor Mickey Rourke and singer/songwriter Bruce Springsteen, and the Golden Lion for the best film at the Venice Film Festival. He was the third American director to win that award in the oldest film festival in the world.

Aronofsky’s earlier film credits include directing and writing the acclaimed and award winning films The Fountain (2006), Requiem for a Dream (2000), and π (1998).

In 2018, Aronofsky executive produced both the Emmy-nominated National Geographic series One Strange Rock, and the virtual reality experience SPHERES: Songs of Spacetime. The VR experience, featuring the voices of Jessica Chastain and Patti Smith, closed a record-breaking deal out of Sundance and won the Golden Lion as well. Shooting has begun on his two new multi-part Nat Geo/ Disney+ science documentaries: One Strange Rock 2 with Will Smith and Limitless with Chris Hemsworth. 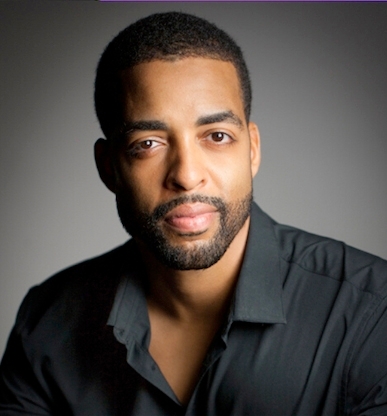 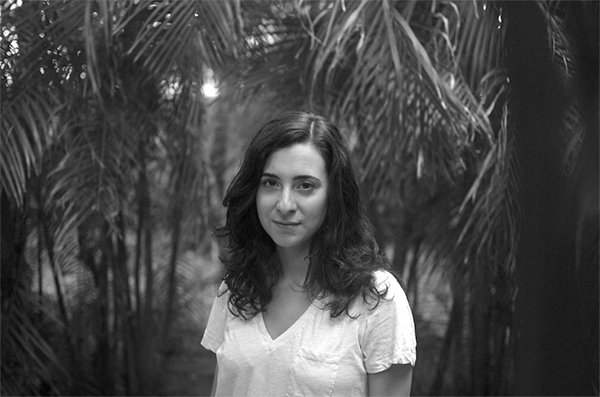 Writer/Director and NYU Grad Film Alum Laura Terruso came to Grad Film to speak about the industry. Terruso is a Brooklyn born filmmaker who got her start in the New York City independent film community. While still a student at NYU, she co-wrote the feature film Hello, My Name is Doris with Michael Showalter. The film, based on her short Doris & The Intern, starred Sally Field and went on to become one of the top grossing indies of 2016. Her debut as writer/director Fits and Starts premiered at the 2017 SXSW Film Festival and was released by The Orchard. Most recently, she wrote and directed the teen stoner comedy Good Girls Get High, produced by Alloy Entertainment and the dance comedy Work It starring Sabrina Carpenter and Liza Koshy for Netflix. Both films are set to release in 2020.

On NYU Community Day, Actor Jonathan Pryce came to Grad Film and talked about the actor-director relationship. Pryce is a versatile, Tony-winning actor that has worked on Broadway, in television and in film. He has acted in such films as Glengarry Glen Ross (1992), The Age of Innocence (1993), Evita (1996), Pirates of the Caribbean: Dead Man’s Chest (2006) and The Wife (2017). Pryce received the 1977 Tony Award for Best Featured Actor in a Play, and the 1991 Tony Award for Best Lead Actor in a Musical for his role in Miss Saigon. Researcher Lara Serer came to Grad Film to discuss the research process of prepping commercials and films, including developing pitches and creating lookbooks. Serer is a London-based researcher and photographer. She has collaborated with Spike Jonze, Tom Kuntz, Chris Cunningham, and more to create lookbooks for their projects. Serer studied Advertising, Graphic Design and Film Studies at Pompeu Fabra in Barcelona before moving to London to eventually become the Head of Creative at MJZ and in-house photographer. MJZ recently won Best Production Company at Palme d’Or at Cannes in 2018.