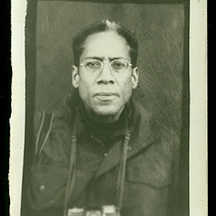 In 2001 his website Juvenile Justice appeared in cooperation with Human Rights Watch and Pixelpress.org, exploring the lives of five adolescents and their struggle with the California criminal justice system. http://www.pixelpress.org/juvenilejustice. In 2006 his new documentary project about Katrina evacuees living in Texas and New Orleans being supported by  a Soros Katrina Media Fellowship was published online http://pixelpress.org/wheredowe/. In 2008,  Joseph’s work from post hurricane Katrina is launchedhttp://www.soros.org/resources/multimedia/katrina.

In 2008, Joseph photographed the Levi’s worldwide ad campaign “Originals Never Fit”http://eu.levi.com/onf, he also lectured in 2008 at Columbia School of Journalism on Covering Youth Violence, http://www.dartcenter.org/articles/headlines/2008/04_05_Getting_It_Right.php, and in 2008 he taught at The University of Texas at Austin School of Journalism.

Joseph teaches at New York University, and the International Center of Photography, New York and has also taught at universities in Scandinavia, Europe and Mexico.