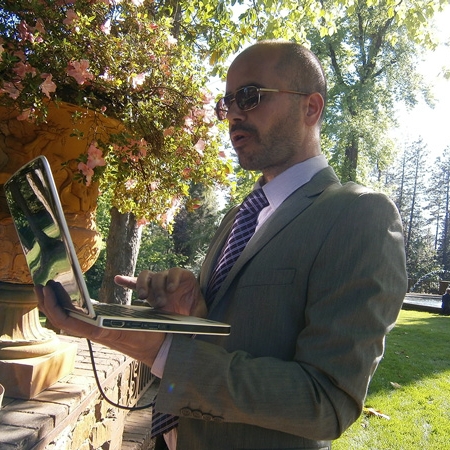 Iraqi-born artist Wafaa Bilal, an Arts Professor at New York University’s Tisch School of the Arts, is known internationally for his on-line performative and interactive works provoking dialogue about international politics and internal dynamics. For his 2010-2011 project, 3rdi, Bilal had a camera surgically implanted on the back of his head to spontaneously transmit images to the web 24 hours a day – a statement on surveillance, the mundane and the things we leave behind. Bilal’s 2010 work, and Counting…, similarly used his own body as a medium. His back was tattooed with a map of Iraq and dots representing Iraqi and US casualties – the Iraqis in invisible ink seen only under a blacklight.

Bilal’s 2007 installation, Domestic Tension, also addressed the Iraq war. Bilal spent a month in a Chicago gallery with a paintball gun that people could shoot at him over the internet. The Chicago Tribune called it “one of the sharpest works of political art to be seen in a long time” and named him 2008 Artist of the Year. Bilal’s work is constantly informed by the experience of fleeing his homeland and existing simultaneously in two worlds – his home in the “comfort zone” of the U.S. and his consciousness of the “conflict zone” in Iraq. Bilal suffered repression under Saddam Hussein’s regime and fled Iraq in 1991 during the first Gulf War. After two years in refugee camps in Kuwait and Saudi Arabia, he came to the U.S. where he graduated from the University of New Mexico and then obtained an MFA from the School of the Art Institute of Chicago. In 2008, City Lights published “Shoot an Iraqi: Art, Life and Resistance Under the Gun,” about Bilal’s life and the Domestic Tension project.

Bilal’s most recent body of work, Canto III, premiered in a solo booth at the New York Armory Show in 2015 and is scheduled for exhibition at the 2015 Venice Biennale. His work can be found in the permanent collections of the Los Angeles County Museum of Art, Los Angeles, CA; Museum of Contemporary Photography, Chicago, IL; MALTAF: Arab Museum of Modern Art, Doha, Qatar; amongst others.

From 'The Ashes Series' 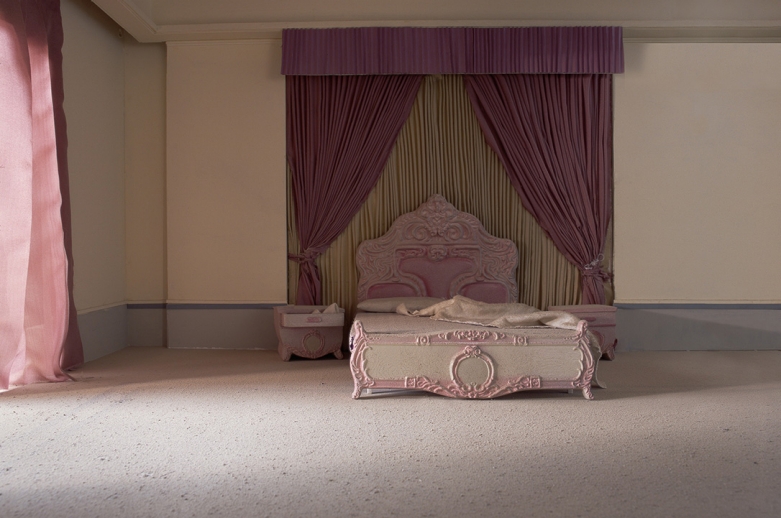 From 'The Ashes Series' 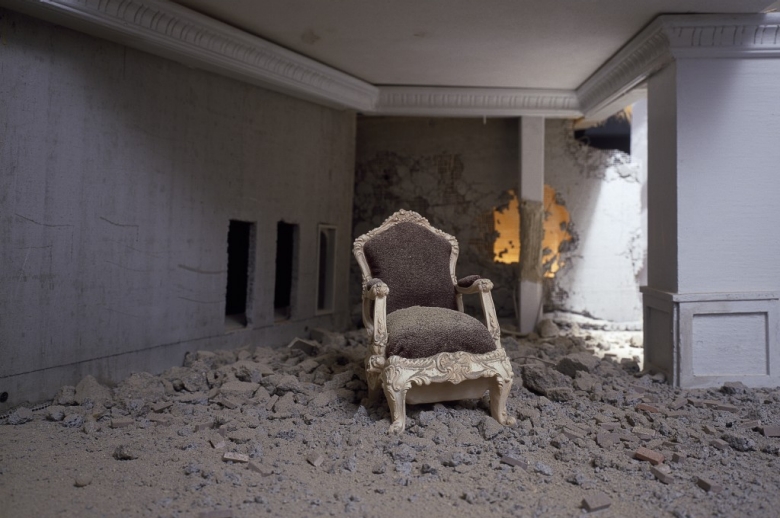 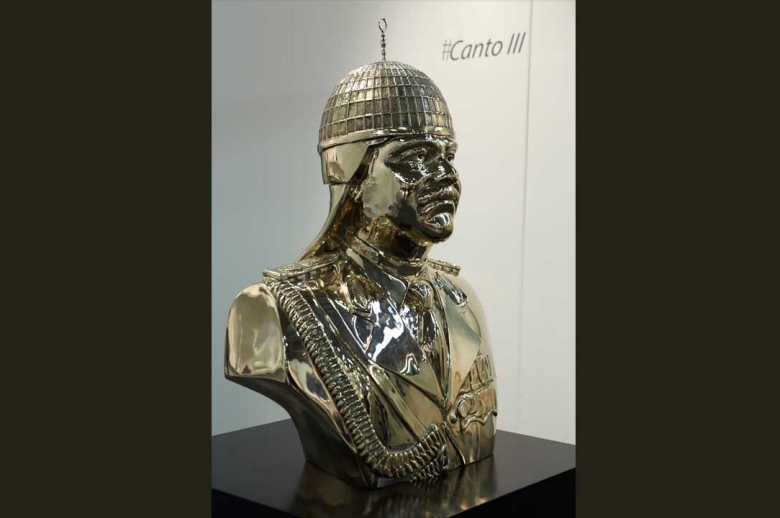 School of the Art Institute of Chicago, 2003
MFA, Art and Technology

And Counting...NPR Interview with Wafaa Bilal