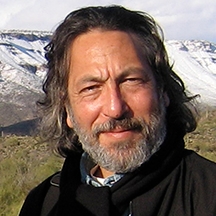 Mark Bussell is the former Picture Editor of The New York Times and of The New York Times Magazine. As Special Projects Editor for The Times, he worked with the Museum of Modern Art to produce the book and exhibit Pictures of the Times: A Century of Photography from The New York Times and developed strategies to turn articles from the daily newspaper into The Times’s first video and web presentations. On and after Sept. 11, 2001, Mark shot and produced breaking news videos and features pieces about the attack for nytimes.com.

Mark is currently working for Lincoln Center for the Performing Arts documenting their multi-year redevelopment project for the center’s publications, web site and archive. These images have also appeared in The Wall Street Journal, The New York Times, New York Magazine, The New Yorker, Newsweek, other newspapers, magazines and books.

He worked with Providence Pictures on documentaries that appeared on NOVA/PBS in 2010, “Riddles of the Sphinx” and “Building the Great Cathedrals,” which was nominated for two Emmy Awards for Outstanding Science and Technology Program and Outstanding Cinematography and News Coverage/Documentaries.

Mark conceived and edited the award-winning book “Without Sanctuary,” a collection of photographs dealing with lynching in America and helped organize the accompanying exhibit at The New-York Historical Society, as well as the project’s web site, withoutsanctuary.org. The exhibit continues to travel around the United States and the world. Mark has helped edit and write for numerous other books, including “Capturing the Moment: The Sports Photography of Barton Silverman,” “Cityscapes,” by Claudio Edinger, and “Campaigns: A Century of Presidential Races From the Photo Archives of The New York Times.”

Mark’s video “Accidental Chronicle,” was a featured presentation at the 2003 Pingyao International Photography festival in China and his “View From a rented Room” was shown at the Dali International Photography Festival in China in 2011. He has curated numerous shows, including the first-ever exhibition on the walls of the Basilica of St. Patrick’s Old Cathedral in New York in 2012, entitled “Via del Popolo,” a series of larger-than-life portraits of parishioners, and  Alexandra Avakian’s “Windows of the Soul: My Journeys in the Muslim World” at the Gulf + Western Gallery at New York University in 2010. And he writes regularly for The New York Times’s Lens blog.