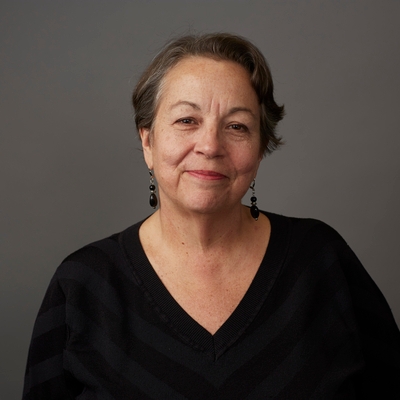 Deborah Brevoort writes plays, musicals and opera librettos. She is best known for her play THE WOMEN OF LOCKERBIE, which is produced all over the world.  Her latest play, MY LORD, WHAT A NIGHT, about Marian Anderson and Albert Einstein, will re-open the Ford’s Theatre in Washington DC in October 2021.  It was produced as a Rolling World Premiere through the NNPN with productions at CATF, Orlando Shakespeare Theatre and Florida Studio Theatre.  She was recently invited to be a member of the Playwrights Collective at Florida Studio Theatre.

During the Covid 19 pandemic, Deborah was commissioned by the Glimmerglass Festival to write THE KNOCK, an opera, with composer Aleksandra Vrebalov, which is being filmed for a release in November 2021. It will have its on-stage premiere at Cincinnati Opera in the summer of 2022.  She was also commissioned to write QUAMINO’S MAP with composer Errollyn Wallen, which will premiere at Chicago Opera Theatre in April 2022. Fargo Moorhead Opera commissioned her to write DINNER 4 3, a 10-minute opera with Michael Ching based on Boccaccio’s The Decameron as part of an opera web series produced by the Decameron Opera Coalition.  She is currently writing THE DOWRY for Cincinnati Opera with composer Shawn E. Okpebholo.  On the playwriting front, she was commissioned by Florida Studio Theatre to write THE DROLLS, a comedy about the closure of the theatres in Puritan England, and by Arena Stage and the American Embassy in Moscow to write THE GORN GALAXY a 10-minute zoom play about isolation which was performed in the US and Russia in the Flash Acts Festival in 2020.

Deborah is a three-time winner of the Frontiers Competition at Fort Worth Opera for:  EMBEDDED with composer Patrick Soluri, commissioned by American Lyric Theater and produced at Ft. Worth and Fargo Morehead Operas; STEAL A PENCIL FOR ME with composer Gerald Cohen, which premiered at Opera Colorado; and ALBERT NOBBS also with Patrick Soluri. Other opera librettos include MURASAKI'S MOON, with composer Michi Wiancko, commissioned and produced by the Metropolitan Museum of Art in New York, On Site Opera and American Lyric Theater in 2019; THE POLAR BAT (a contemporary version of Die Fledermaus) and a new version of Mozart’s THE IMPRESARIO commissioned and produced at the Anchorage Opera.

Deborah is a two-time winner of the Frederick Loewe award in musical theatre for COYOTE GOES SALMON FISHING, her NYU thesis musical written with GMTWP alum Scott Davenport Richards, and KING ISLAND CHRISTMAS with David Friedman. She wrote the book and lyrics for CROSSING OVER, an Amish Hip Hop musical with GMTWP alum composer and co-lyricist Stephanie Salzman, which is in development with director Kelly Robinson. She is currently writing the book and lyrics for LOVING, the story behind the landmark Supreme Court decision on interracial marriage with composer Diedre Murray, and the book and co-lyrics for TIFFANY GIRLS, about Clara Driscoll, the true creator of the Tiffany Lamp, with composer/lyricist Julianne Wick Davis.

Her plays include THE POETRY OF PIZZA, THE BLUE-SKY BOYS, THE COMFORT TEAM, THE VELVET WEAPON, SIGNS OF LIFE, and INTO THE FIRE, which have been produced at theatres around the US, including Purple Rose, The New Group, Women’s Project, Virginia Stage, Mixed Blood, Barter Theatre, Capital Rep and others. When the pandemic is over, BLUE MOON OVER MEMPHIS, her Noh Drama about Elvis Presley, will resume touring internationally by Theatre Nohgaku of Tokyo featuring traditional Noh orchestrations by Richard Emmert.

Deborah serves as a mentor, with Fred Carl, to the NBO Musical Theatre Initiative in Nairobi, Kenya, which is developing 12 new musicals by Kenyan composers and writers. She was one of the original company members with Perseverance Theatre in Alaska. She is an alumnus of New Dramatists and a co-founder of Theatre Without Borders, dedicated to international theatre exchange. Her plays are published by Samuel French, Applause Books, Dramatist Play Service and No Passport Press. She is a member of the National Theatre Conference, ASCAP, Opera America, TCG, and the Dramatists Guild.  She also teaches in the MFA playwriting program at Columbia University.