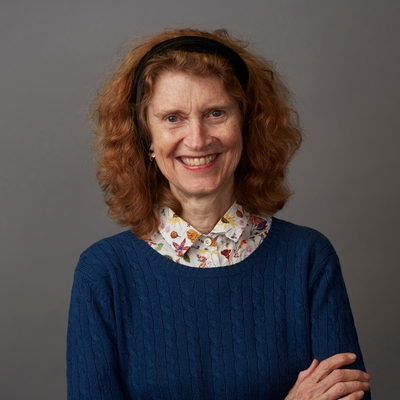 Gail Segal is a writer, filmmaker, and teacher. Her film work includes the Peabody Award-winning documentary Arguing the World (co-producer) and a 15-part PBS series, The Shakespeare Hour. More recently, she wrote and directed the award winning narrative short, Filigrane, set in the Empty Quarter of the U.A.E., as well as a documentary portrait of women textile workers in Turkey, entitled Meanwhile, in Turkey. She is currently in development on three narrative feature projects. Lila Rose, a participant in the 2018 Nicole Kidman/Meryl Streep/NYWIFT Writer’s Lab, Une Famille/One Family, following the siblings featured in Filigrane as they explore the limits of the nuclear family, and a third feature project, The Ferry Child, a post-pandemic, love letter to New York City.

Her published writing includes the book-length exploration of camera techniques, Dramatic Effects with a Movie Camera, co-authored with Sheril Antonio,  (Bloomsbury Press, 2021), the essay, “A Praise of Doubt," anthologized in the book entitled Artistic Citizenship: A Public Voice for the Arts and two collections of poetry: In Gravity's Pull (2002) and The Discreet Charm of Prime Numbers (2013).

In the late 1990’s Gail developed a documentary program at Duke University’s Center for Documentary Studies. She has created seminars and courses taught in the U.A.E., Qatar, Singapore, Cuba, Italy, and France. For over 20 years, she has been training young directors in the Graduate Division of Film and Television at NYU where she served as Department Chair from 1998 to 2000. As an Associate Arts Professor she is currently Area Head for Interdisciplinary Collaborations as well as the Area Head for Film in the Department of Design for Stage and Film.  She also serves as the Tisch Liaison for NYU's Global Network.  In 2018, she received the Tisch School of the Arts David Payne Carter Award for Teaching Excellence. Additional information about her creative projects can be found at gailsegal.net