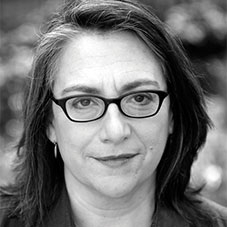 Carol Dysinger directed the documentary "Camp Victory, Afghanistan," the first in her trilogy about Afghanistan post 9/11. It premiered in competition at South By South West 2010, and played at a numerous festival including MOMA Doc Fortnight, Human Rights Watch Film Festival, Movies that Matter at the Hague. It played on Public Television in the States, in Europe and Japan. The second part "One Bullet Afghanistan" is projected for completion in 2016 -- and is supported by Sundance Documentary Institute, NYSCA and Catapult Film Fund.

Prior to directing docs, Prof. Dysinger edited many documentaries and features, including "DEADLINE" for Big Mouth Productions (Sundance, and NBC), RAIN for Lola Films, M.Scorsese Executive Producer (Sundance, Venice International) SANTITOS for Springall Pix, John Sayles Exec (Sundance, Guadalajara, San Sebastian) and PUNK (Warners) which was a finalist for a national Emmy. She  edited "Rock the Casbah" for the Clash.

As a screenwriter in Los Angeles she co-wrote several scripts for Paramount, Twentieth Century Fox and Sam Goldwyn Productions, and A CHRISTMAS STAR with Fred Gwyn and Ed Asner for Disney. She wrote several independent features as well as BURNTOWN for HBO Independent. Her short films screened widely and won many awards, including the Student Academy Award for Best Dramatic, the Hugo Award, and various others national and international.

Currently she is an advisor at the Doc Lab at Sundance FIlm Institute -- and runs workshops around the world on hybrid filmmaking.

She is the recipient of the David Payne Carter award for excellence in teaching.