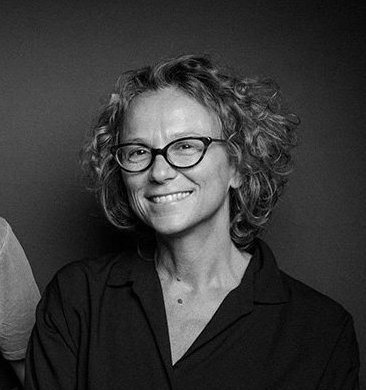 Julia Solomonoff is an active filmmaker with a Cinematography degree from the Argentine National School of Film (ENERC), and an MFA in Film Directing from Columbia University, New York, where she graduated with honors and was the recipient of a Fulbright Scholarship, a Milos Forman Grant and a DGA Best Latinx Student Filmmaker Award.

Her feature films as writer/director include Hermanas (Toronto, 2005), The Last Summer of la Boyita (Cannes, San Sebastian 2009), and Nobody’s Watching (Best Actor Award, Tribeca 2017). For television, she directed two documentary series: Aerocene Pacha (Canal Encuentro, 2020) Parana, biography of a river (2010); as well as the TVmovie The Suitor (PBS, 2001). Her film work is included in the permanent collections at MOMA and The Shed. .

Solomonoff serves on the Board of MacDowell Residency and has been teaching film directing at the graduate level for a decade, starting at Columbia University, then moving on to NYU Tisch Graduate Film, and last, serving as Head of Directing at Feirstein Graduate School of Cinema at Brooklyn College before returning home to NYU Tisch Graduate Film where she now serves as the chair.