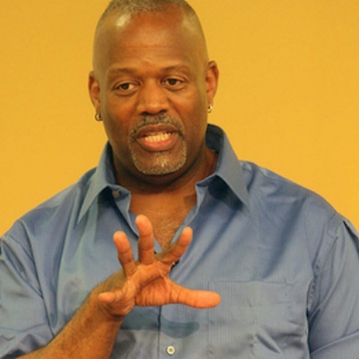 Kent Gash is the founding director of NYU Tisch School of the Arts Department of Drama's New Studio on Broadway, where he has directed The Wild Party (Wolfe/LaChiusa), The Mystery of Edwin Drood, Nine, Sweeney Todd, Will Power's The Seven, Assassins, The Who's Tommy, American Clock, and other works.

Gash has directed multiple readings for the Emerging Writers series at the Public Theatre, including the hip-hop/spoken word-verse drama Sound is Vibration and The Ball Player. Gash was represented regionally by The Comedy of Errors, set in the Harlem Renaissance playing at the Oregon Shakespeare Festival. Gash directed Choir Boy for Studio Theatre D.C. and Marin Theatre Company and the world premiere production of The C.A. Lyons Project at the Alliance Theatre.

In his twenty year career as an actor, Mr. Gash appearances include Jacob in the National tour of LA CAGE AUX FOLLES, a National tour of AIN’T MISBEHAVIN’ Off Broadway at the New York Shakespeare Festival, Public Theatre in HENRY IV PARTS I and II as Sir Walter Blount, and in JONIN’ and in the Classic Stage Co production of Len Jenkins CANDIDE.  As a company member at American Conservatory Theatre Mr. Gash won the Clair Luce Award for his performances as Willie in MISS EVER’S BOYS and Gustave in DINNER AT EIGHT and as a company member at Alabama Shakespeare Festival Mr. Gash appeared as Feste in TWELFTH NIGHT, Bill Walker in MAJOR BARBARA, Acaste in Neil Bartlett’s THE MISANTHROPE, Willie in MISS EVER’S BOYS, The Bloody Captain in MACBETH and in MEASURE FOR MEASURE.  Mr. Gash’s film and television performances include WORKING GIRL, WALL STREET, MY NEW GUN, RYAN’S HOPE and MISTER ROGER’S NEIGHBORHOOD (!)

Mr. Gash is a member of the Board of directors of National Alliance for Inclusion in the Arts, a former Board member of National Alliance for Musical Theatre and has served on panels for National Endowment for the Arts, Theatre Communications Group, the Princess Grace Foundation and is a member of the Tony Award Nominating Committee.   Mr. Gash has taught Master Classes in Acting, Shakespeare, Moliere and Musical Theatre Performance for the National Theatre of Scotland, University of California at Los Angeles, American Conservatory Theatre, Alabama Shakespeare Festival, Spelman College, Morehouse College and Carnegie-Mellon University.