What Can You Do Now? Stories of Outstanding Tisch Alumni Making a Difference 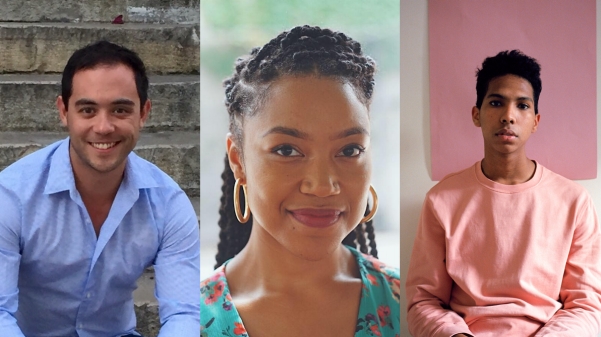 Nicholas Ma is a writer, director and producer based in New York City. Most recently, he produced “Won’t You Be My Neighbor?” a documentary on Fred Rogers, directed by Academy Award winner Morgan Neville. He is currently in development on a documentary series on diplomacy. Beyond his film projects, he regularly consults for artistic figures and organizations. He left McKinsey & Company in 2013, where he led large-scale transformations of public and private entities. Previously, he worked for then-Senator John Kerry, overseeing his global economic portfolio on the Senate Foreign Relations Committee. He is a graduate of Harvard College.

Ari Melenciano is a multidisciplinary designer, creative technologist, researcher and educator. Her work often lies at the intersections of aesthetics, activism and human-computer interaction - exploring new ways that technology can positively impact humanity, while also observing and critiquing the way technology harms marginalized communities. As an educator in multiple facets, she is passionate about creating spaces that produce well-informed and empowered citizens that are inspired to create and build. She is the founder of new media, culture, and technology festival, Afrotectopia - a space devoted to empowering the Black community through interdisciplinary approaches to technology.

Tyler Mitchell lives and works in Brooklyn, NY. He received a B.F.A from New York University's Tisch School of the Arts in film and television. Mitchell stands at the intersection of photography, fashion, art, and film. In 2015 he self published his first photo book El Paquete which documented architecture and skateboarding scenes in Havana, Cuba. In 2018 he made history as the first black photographer to shoot the cover of American Vogue by shooting Beyoncé for the magazine’s September 2018 issue. Across photography and film he has also worked with Solange, Teen Vogue, Dazed, i-D Magazine, Office Magazine, The FADER Magazine, Marc Jacobs, Mercedes Benz, Givenchy, and Converse. He has been featured in the 2016 Dazed 100 list of creatives shaping culture and in 2017, The New York Time Up Next column for emerging artists. He has exhibited in group shows with Artsy, Red Hook Labs, and Aperture Foundation.