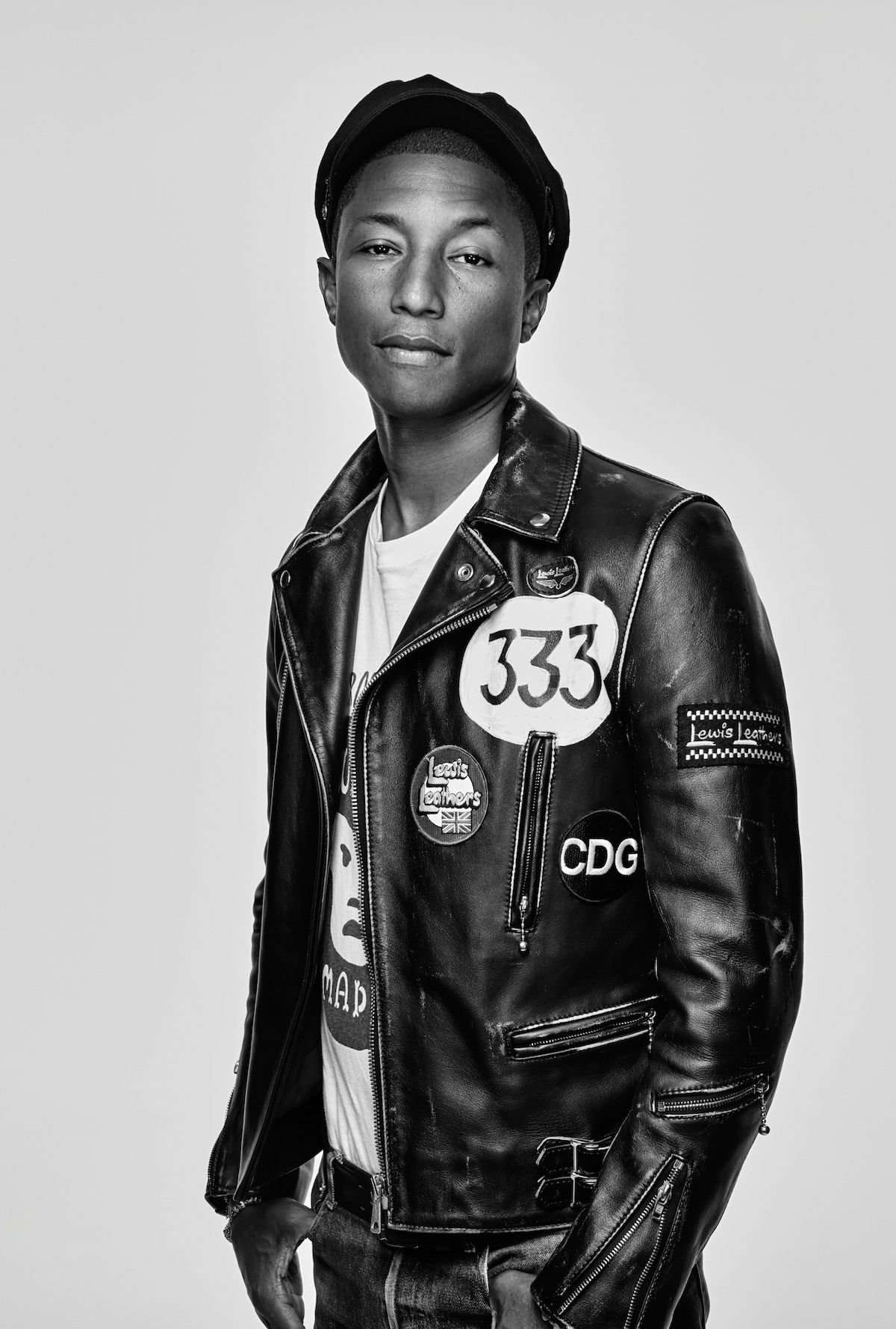 "I am so honored and excited to have the opportunity to spend time with the students at NYU Tisch School for the Arts. They are among the young minds who will change this world by means of their creativity," said Williams.

“We are thrilled to welcome Pharrell Williams as our artist in residence for the 50th anniversary year of the Tisch School of the Arts. Pharrell is just the kind of artist and entrepreneur that many of our students aspire to become. He is remarkably gifted, and he graciously uses his talent for the good of others,” said Allyson Green, dean, Tisch School of the Arts. “Our students and faculty will have the unique opportunity to be in conversation with an artist whose work is an inspiration and widespread. Pharrell has demonstrated a commitment to education in communities across the country. He’s dedicated to raising awareness to climate change, and he has taken ‘happiness’ from the stage and screen to people around the world through his work with the United Nations.”

King moderated a freewheeling and in-depth discussion on Pharrell’s astonishing legacy of creativity, blending music, fashion, design and his singular style, starting from his beginnings as a teenage prodigy and multi-instrumentalist in Virginia Beach back in the early ’90s, through the recorded music hits that earned him Billboard’s Producer of the Decade in 2010, to his current status as multi-media superstar.

About Pharrell Williams
While this is Pharrell’s first collaboration with New York University, he is no stranger to education and learning. In 2008, Pharrell founded From One Hand To AnOTHER (FOHTA), a non-profit organization focused on providing STEAMM education programs to underserved youth. For the past two years, Pharrell has partnered with the United Nations Foundation building awareness for the International Day of Happiness to inspire individuals all over the globe to celebrate their unique “happy.”

One of today’s most popular and successful entertainers, Pharrell started his producing career as one half of The Neptunes with Chad Hugo (and he also created an unpredictable hybrid as part of the alt-rock/hip-hop group N.E.R.D). Over the last two decades, Williams has helped create such classics as “Daft Punk’s “Get Lucky,” Robin Thicke’s “Blurred Lines,” Nelly’s “Hot in Herre,” Jay-Z’s “I Just Wanna Love U (Give it 2 Me),” Britney Spears’s “I’m A Slave 4 U,” and Justin Timberlake’s “Like I Love You.” Pharrell has been honored with 10 Grammy Awards (including 2004’s and 2014’s “Producer of the Year”) and ASCAP’s prestigious Golden Note Award in 2012. He also received a 2014 Academy Award Nomination for his chart-topping original song “Happy” featured in the animated film Despicable Me 2. Pharrell can currently be seen as a coach on Season 8 of “The Voice.” With over 100 million copies of his productions sold, plus collaborative work with artists as diverse as Snoop Dogg, Madonna, and the Rolling Stones, Pharrell has truly led the way for innovation and stylistic cool into 21st century.

Beyond Pharrell’s music contributions, he also has a prolific body of work that includes designing a sculpture with Tokyo-born artist Takashi Murakami, accessories and jewelry for luxury goods brand Louis Vuitton, t-shirts for Japanese mega-brand Uniqlo, sneakers and sportswear for Adidas and a fragrance collaboration with Comme des Garçons. Pharrell served as Executive Producer on the film Dope, the indie darling of the Sundance and Cannes Film Festivals, which opened to rave reviews earlier this year. Williams’ latest visionary venture, i am OTHER — a multi-media creative collective that serves all of his endeavors, including record label, Billionaire Boys Club & ICECREAM apparel, textile company Bionic Yarn — continues to push pop culture forward.

About NPR Music Events
NPR Music brings together fans and musicians through events at some of the most storied venues around the country. Producing and promoting everything from live concerts, music festival showcases and free public performances, to intimate Q&As, informative roundtable discussions and documentary film screenings, NPR Music events unite a national community under a variety of grooves. In the last year, NPR Music has already presented panel discussions with the women of Broad City + Sleater­ Kinney at New York City’s Ace Hotel and with legendary hip-hop production group Organized Noise at Terminal West in Atlanta; a songwriters’ roundtable with performances by Rhiannon Giddens, Patty Griffin and Shakey Graves at Nashville’s Studio A; five signature First Listen Live concerts, including M y Morning Jacket at Mack Sennett Studios in LA; film screenings of W ild Combination: A Portrait Of Arthur Russell at The Kitchen arts space in New York and S alad Days: A Decade of Punk in Washington, DC (1980­1990) at NPR Headquarters in the District; a public jazz performance at Duke Ellington’s grave site at Woodlawn Cemetery in the Bronx; showcases at SXSW and Pachanga Music Festival; and more. NPR Music was also a media sponsor of the Newport Jazz & Folk Festivals. Visit npr.org/music to find archive video and audio from many of these events, and find upcoming events at nprpresents.org.

Media Inquiries
Media wishing to cover this event must RSVP to Caitlin Sanders, who can be reached via phone at (202) 513-2310 or via email at csanders@npr.org. For press inquiries regarding Pharrell Williams’ residency at NYU Tisch and the NYU Tisch Artist-in-Residence program, please reach out to Shonna Keogan at NYU Tisch at 212-998-6796 or via email at shonna.keogan@nyu.edu.