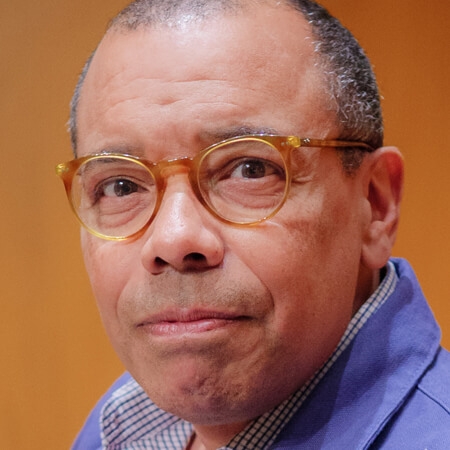 Scott Davenport Richards’ creative works reside at various addresses near the intersection of Jazz, Opera, and Musical theatre. His most recent opera, Blind Injustice (with librettist David Cote) premiered at Cincinnati Opera in 2019 to a sold out run and critical acclaim. The live 2 CD/Album was recently released for purchase and streaming. The New York City Opera has performed two Richards works as a part of its Vox Festival of new opera; A Star Across The Ocean - Paris 1965 featuring Tony Award Winner, Chuck Cooper and Charlie Crosses the Nation, An Opera in Jazz Idiom.  He has been commissioned by The Public Theatre, and the TONY Winning Signature Theatre. Paulette Haupt, Artistic Director of The O’Neill Theatre Center’s National Musical Theatre Conference commissioned him to compose A Thousand Words Come to Mind (with Michele Lowe) for the inaugural set of  her Inner Voices One-Person Musical series.  Other musical theatre works include music for Coyote Goes Salmon Fishing (written with Deborah Brevoort directed by Molly Smith at Perseverance Theatre/produced by Stuart Ostrow in Houston) and the original score for A Christmas Story The Musical at Kansas City Rep.

His play-scores have been heard at resident theatres around the country including The Yale Rep, Alliance, Center Stage, Madison Rep, Powerhouse and New Federal.

As an actor, Mr. Richards originated the role of Sylvester (the stuttering nephew who almost ruins the recording session) in the original Broadway production of August Wilson’s Ma Rainey’s Black Bottom and assisted his father, Lloyd Richards in the origination of 3 other Wilson works.

A recipient of the Jonathan Larson, Frederick Loewe, Meet the Composer, Shen Family Foundation, and the NJ State Council on the Arts Composition Awards, he taught on the faculty of New York University’s Tisch School of the Arts Graduate Musical Theater Writing Program from 1997-2009 and currently holds a position as Professor of Composition/Musical Theatre at Montclair State University’s Cali School of Music (since 2005).

As of today, he is hard at work on a new opera, Robeson/Moscow with co-librettist David Cote.  Workshops are scheduled for the fall of 2021 at Cincinnati Opera.

B. A. Yale University