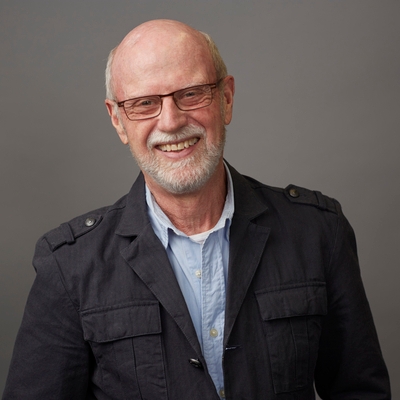 Mel's long career as a composer includes scores for 30 musicals, 47 plays, and 3 operas. His musical Dr. Seuss’ How the Grinch Stole Christmas returned in 2019 for its yearly national tour, with two companies playing 11 cities in the U.S. and the U.K.  Canceled for 2020 by the pandemic,  The Grinch, which appeared on Broadway during the 2006 and 2007 seasons, was last seen in New York for a month-long run at Madison Square Garden Theater in 2018. It has also been running for 21 consecutive sold-out seasons at the Old Globe Theatre in San Diego.  Mel received two Tony nominations as a co-author of Tintypes and wrote the music for the Broadway productions of Yentl and Chris Durang’s A History of the American Film. He has had 11 shows produced Off-Broadway, including The Portable Pioneer and Prairie Show, (originally commissioned by the Guthrie Theater) at The Melting Pot, Sybille Pearson's True History and Real Adventures at The Vineyard, Marvin’s Garden and Prizewinning Plays at MTC, Chris Durang’s Das Lusitania Songspiel, Polly, The Prince of Homburg and Lincoln at Chelsea Theatre Center, etc. He has served as composer or director of scores of productions in most of America’s major regional theatres, including Lincoln Center Theater (Cymbeline in 2007), Arena Stage, The Guthrie Theater (where he most recently wrote a new incidental score for Hamlet), ART, La Jolla Playhouse and L.A.’s Mark Taper Forum (where he was an associate artist and wrote the original music for the world premiere production of both parts of Angels in America, directed by Oskar Eustis.) His work as a director includes both classical and contemporary plays, as well as a focus on new opera, including Different Fields, by Mike Reid and Sarah Schlesinger developed for the Metropolitan Opera Guild.  Other work includes Great Expectations, written with author John Jakes, produced by Goodspeed Musicals,  Gold with Timothy Mason, commissioned and produced by England’s National Theatre. Two operas. Guest from the Future, with libretto by Jonathan Levi,  premiered at Bard Summerscape Festival in August, 2004; and Buwalsky, A Road Opera, commissioned by Holland’s Opera Spanga, premiered in The Netherlands then toured in the U.S. the same year, including performances at NYU's Skirball Center. His musical, Eden, received a developmental workshop at the Eugene O'Neill Musical Theater Conference in July, 2010, and was seen in concert at Joe's Pub in 2011. Joan of Arc, a music/theatre work written with Laura Harrington, received a new production by Nautilus Chamber Theatre in the Fall of 2011 and was revived in 2012.  His current work:  Truth and Reconciliation, an opera for baritone and 4 musicians, was developed at the O’Neill Theater Center and was produced at Opera America in January of 2020.  Perfect 36,  planned for Nashville and a tour in 2020, was canceled by the pandemic.  Instead,  music videos of the songs have been used in the National Convention of the League of Women Voters and by committees and chapters of that organization to promote GOTV in November.  He has been a member of the Board of Directors of Theatre Communications Group, as well as the recipient of grants and awards, including three from the National Endowment for the Arts, and he has been a member of many grants panels. He began at the Graduate Musical Theatre Writing Program as a guest mentor in l989, became an adjunct composer and director in 1991, joined the full-time faculty in 1995, became Head Faculty Composer in 1998, Associate Arts Professor in 2004, and Arts Professor in 2014. In 2012, Mel received Tisch's David Payne Carter Award for Teaching Excellence. www.melmarvin.com