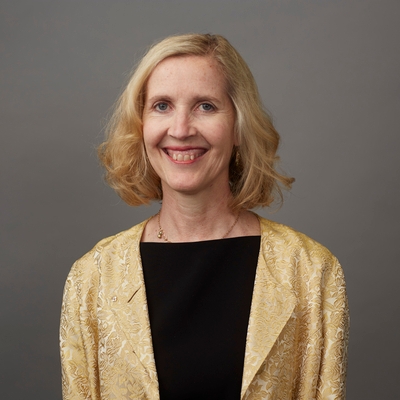 Dean Allyson Green is a choreographer, visual artist, curator and arts educator. Integrating artistic creative development and education, advocacy for the arts, and service to the local and international community has been the mission of her multi-faceted career. Her creative research has been particularly influenced by two decades of residencies in East and Central Europe, South America, and Mexico; community projects for arts engagement; and ongoing site-specific collaborations with visual artist Peter Terezakis that explore the intersection of art and technology and environmental issues.

Dean Green is a full professor in the Tisch School of the Arts Department of Art and Public Policy, with an affiliation in the Department of Dance, and will continue to teach in both areas. From 2012 to 2014, she was the Associate Dean of the Tisch School of the Arts Institute of Performing Arts (IPA) and oversaw all of the performing arts departments, as well as Art and Public Policy and Tisch Open Arts. She began shaping the vision for the IPA with new programming ideas for cross-department collaborations and artists-in-residence, and continued Dean Mary Schmidt Campbell’s decade-long plans for a new performing arts center. She served as the Tisch Global Dean for Curriculum, and led the integration of Tisch study abroad programs into NYU’s global network. Dean Green, in collaboration with the departments, developed new curriculum initiatives that allow Tisch students to study within NYU’s global locations. She also served on the university-wide Space Priorities Working Group and the Distinguished Teaching Award committee.

Previously, Dean Green served as the Chair of the Department of Theatre and Dance at the University of California, San Diego, in partnership with the La Jolla Playhouse. She earned the rank of Full Professor in Dance at UCSD in 2003. Previously, she was an Assistant Professor of Dance at San Diego State University from 2001 to 2003. She has developed BA, BFA., MA, MFA. and PhD. curriculum that included the launch of a new graduate program in dance theater, as well as new courses for the study of aesthetics and criticism, arts citizenship, arts management and entrepreneurship, art and technology, collective creation, and somatic arts workshops with medical leaders, neuroscientists, and community organizers.

Additionally, she served as the Artistic Director of Sushi Performance and Visual Art, a contemporary interdisciplinary arts center in San Diego from 2003 to 2005. She was named one of the outstanding arts leaders in San Diego for her work in the direction of national and international festivals, with programming in dance, visual art, music, performance art, spoken word and theater; and for developing cross-cultural arts events in the San Diego/Tijuana border region. Recent projects included the creation of the Cal-Laboratory Kitchen for international artists, the Arts in Action Festival, and the Wonderland International Dance Festival with Martin Wolleson, UCSD ArtPower!.

As a choreographer, she has created over 100 dance theatre works that have been presented in 18 countries and throughout the United States since 1993. Her bibliography reflects an extensive body of commissioned national and international works in major venues, universities, companies, and festivals, which have achieved consistent critical acclaim and funding from the top foundations. Her company, Allyson Green Dance, has been supported by the Joyce Mertz Gilmore Foundation, the Jerome Foundation, The Fund for U.S. Artists at International Festivals, the U.S. Department of State, The National Endowment for the Arts, the Pew Charitable Trusts, CEC ArtsLink, and 10 fellowships from The Suitcase Fund, with major funding from The Trust for Mutual Understanding and the Rockefeller Foundation.

In addition to her work in the performing arts, Dean Green maintained a visual arts career as a painter and an award-winning graphic designer for numerous arts organizations and PBS television. She was the creative director of Allyson Green Design from 1983 to 2001, which received awards including Emmys for her design work in print, television, and dance film.

University of Wisconsin at Milwaukee