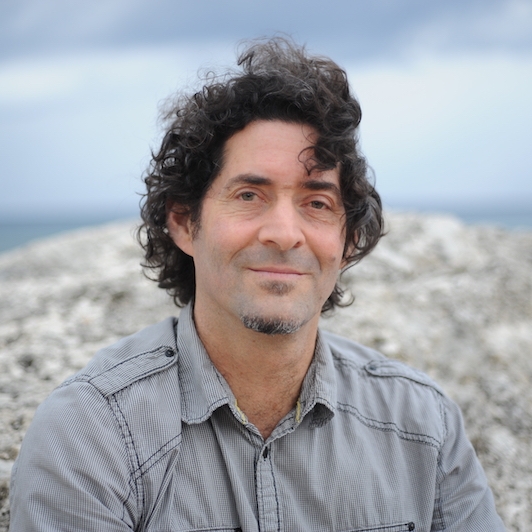 Ken Schneider is a Peabody award winner who believes in the power of film to affect hearts and minds. For 25 years, Ken has produced, directed, and edited documentaries in English and Spanish, focusing on war and peace, human rights, artists’ lives, American history, contemporary social issues, and Cuba. Ken co-edited the Oscar-nominated Regret To Inform, a film the New York Times described as “unforgettable … exquisitely filmed, edited and scored.” His work has appeared on PBS’ American Masters, POV, Independent Lens, Frontline, Voces, on HBO, Al-Jazeera, Showtime, and in television and film festivals worldwide. He has edited over 30 feature length documentaries.

Films he edited have won primetime and documentary Emmys, two Peabodys, a Columbia-Dupont, IDA (International Documentary Association) awards, an Indie Spirit, top awards at Sundance, other major festival awards, and have been nominated for an Oscar, and additional Emmys.

Ken has taught at San Francisco City College, and has lectured at the SF Art Institute, University of San Francisco, Chapman University, Harvard and NYU. He has sat on panels at the National Endowment for Humanities and various film festivals. He lives in San Francisco with his wife and film partner Marcia Jarmel; their two kids have lit out for the country.

A partial list of Ken’s work includes: Regret To Inform; The Judge, Have You Heard From Johannesburg; Soft Vengeance: Albie Sachs and the New South Africa; In Football We Trust; Beyond the Opposite Sex, The Good War and Those Who Refused To Fight It; El Poeta; Orozco: Man of Fire; Ralph Ellison: An American Journey; Store Wars; School Colors; Bolinao 52; Ancestors in the Americas and Speaking in Tongues. Ken’s editing can be seen on kenschneidereditor.net.

For more than 20 years, Marcia Jarmel and Ken Schneider have been creating award-winning documentaries exploring contemporary social issues through intimate character stories, as PatchWorks Films (www.patchworksfilms.net). Their films have broadcast worldwide and shown at museums, libraries, schools, universities, community centers, conferences, and film festivals. Their most recent feature, Havana Curveball screened in six countries, winning Best Documentary awards at the Boston and Seattle Children’s Film Festival, a special juror award at the Olympia Festival in Greece and a spot on School Library Journal’s “Best of 2014” list. Their previous film, Speaking In Tongues, aired on PBS, won the Audience Award at the San Francisco Film Festival, and is a catalyst for changing language education worldwide. Previous films include Born in the U.S.A., which aired on Independent Lens and was hailed as the “best film on childbirth” by the former director of maternal health at the World Health Organization, and several shorts.

PatchWorks is currently in post production on Los Hermanos / The Brothers, the story of two Cuban virtuoso brothers separated by geopolitics but united by their music. Their work has been supported by ITVS, CAAM, NEA, LPB and a variety of foundations and donors.