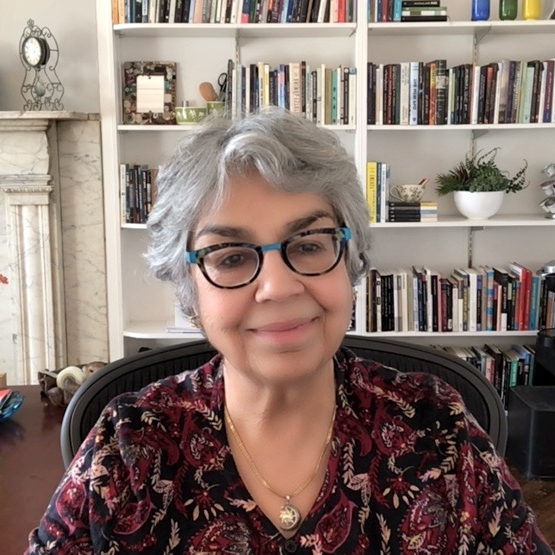 Una Chaudhuri is a Collegiate Professor and Professor of English, Drama, and Environmental Studies at New York University. She is currently the Director of NYU’s XE: Experimental Humanities & Social Engagement. Her current research, teaching, and creative projects explore what she calls “ecospheric consciousness”—ideas, feelings, and practices that attend to the multi-species and geo-physical contexts of human lives.

Chaudhuri is a pioneer in the field of “eco-theatre”—plays and performances that engage with the subjects of ecology and environment, as well as the related field of ecocriticism, which studies art and literature from an ecological perspective. She helped launch both these fields when she guest-edited a special issue of Yale’s Theater journal on “Theatre and Ecology” in 1994. Her introduction to that issue, entitled “‘There Must Be a Lot of Fish in That Lake’ Theorizing a Theatre Ecology,” is widely credited as a seminal contribution to the field. Chaudhuri was also among the first scholars of drama and theatre to engage with another rapidly expanding inter-disciplinary field: Animal Studies.  She has written and lectured widely on two concept she has theorized: “Zooësis,” the discourse and representation of species in contemporary culture and performance, and “AnthropoScenes,” dramaturgies beyond the human.