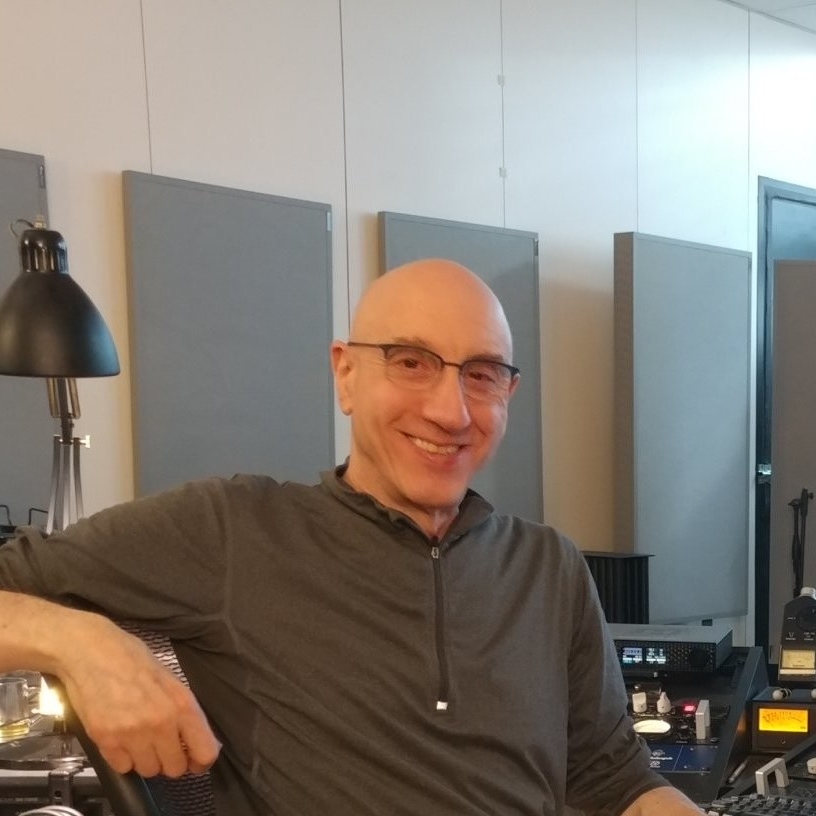 Alan is an internationally respected mastering engineer, mixer, and producer with credits on more than one hundred Grammy-nominated and winning records. His work spans all genres of music from dancehall to symphony hall. Known for his dedication to excellence in recorded music, he has earned career-long trust from many of the world’s most accomplished musicians. He has been personally nominated for Record of the Year, Album of the Year, and Best Engineered Album.  His Grammy streak continued with nominations in 2022:  Yola “Stand for Myself”, Carlos Henriquez “The South Bronx Story”, Ernie Haase “Keeping On”, Chris Cerrone “Arching Path”, Charlie Rosen “Meta Knights Revenge.” And in 2021: Gregoire Maret, Romain Collin & Bill Frisell “Americana”, Afro Latin Jazz Orchestra “Four Questions”, EHSS & Signature Sound “Something Beautiful.”  He has recently mastered releases for Yola, MARO, Early James, The Velveteers, Americana icons “Watchhouse” and jazz legend Catherine Russell.  His 2022 production of “Spellbound” for folk icon Judy Collins has received critical acclaim as one of the best albums of her career.

His production of “Winter Stories” by Judy Collins, received rave reviews from Rolling Stone and the New York Times, and has been deemed “Best Folk Album of 2019” by Digital Journal. Alan’s production and mix of “Silver Skies Blue” by Judy Collins and Ari Hest, was Grammy Nominated for Best Folk Album in 2017. His mastering of the ground-breaking “SYSTEM EP” by electronic music artist Delia Beatriz aka DJ Sound Debit, contributed to its inclusion on Pitchfork’s prestigious list of the 10-Best EDM albums of 2019.

Alan got his start as a tech and assisting at NYC’s Electric Lady Studios, covering sessions for The Rolling Stones, AC/DC, Hall & Oates, and Foreigner. Shortly thereafter, he accepted a staff engineering position at A&R Recording, where he worked with legendary producer Phil Ramone and renowned musical artists Billy Joel, Kiss, Fleetwood Mac, and Judy Collins. There he recorded and mixed musical scores for film directors David Mamet, Francis Coppola and Frank Oz, and top composers Elmer Bernstein and John Barry. He also fostered professional relationships that would come to last decades.

He began freelancing in the nineties, continuing to work on music for records and feature films. He engineered and produced the soundtrack for the film adaptation of “The Fantasticks” directed by Francis Ford Coppola. He worked as music supervisor and producer for Sesame Workshop, directing Muppet performers and celebrities for Sesame Street’s network television specials “Elmopalooza” and “Cinderelmo,” and garnered a Cable Ace Award for “Best Music Special,” as audio producer of “Child of Mine,” a film of live performances set in everyday locations by Mary Chapin Carpenter, Rosanne Cash, Carole King, Emmylou Harris, and Dionne Warwick.

In 1996, Alan established his own company, the internationally recognized Arf! Mastering, now renamed Aerial Sound NYC – headquartered in the same room as Jimi Hendrix’s first studio.  His film score credits have continued to flourish as well – he was the score mixer on the late nineties classic “Birdcage” starring Robin Williams. He notably produced the main title song for Rob Reiner’s film “And So It Goes” starring Michael Douglas and Diane Keaton.

In 2015, he produced and mixed “Strangers Again,” an album by Judy Collins featuring duets with Willie Nelson, Jackson Browne, Jimmy Buffett, Michael McDonald, Don McLean, and Jeff Bridges. The album reached the Billboard top-100 and received many five-star reviews.  His follow up production, for Judy Collins and Ari Hest, was Grammy nominated for Best Folk Album in 2017. He then produced a long-awaited reunion album by Stephen Stills and Judy Collins. That same year he celebrated mastering five more Grammy-nominated records.

Alan is active in the Audio Engineering Society and has chaired workshops in high-resolution mastering at the Society's national conventions. He teaches the art of mastering to undergraduates at the Clive Davis Institute of Recorded Music at NYU's Tisch School of The Arts, as he continues to master independent and major label releases across all genres for US and international clients at Aerial Sound NYC.

However, for all his professional recognition, he counts among his favorite accomplishments that he “almost” managed to train a Siberian husky. He is also an avid dancer who steps out of the cockpit of his “starship” regularly to recharge in local partner dance classes, which inform his understanding of music through movement.