ON YOUR RADAR: Ashish Ravinran 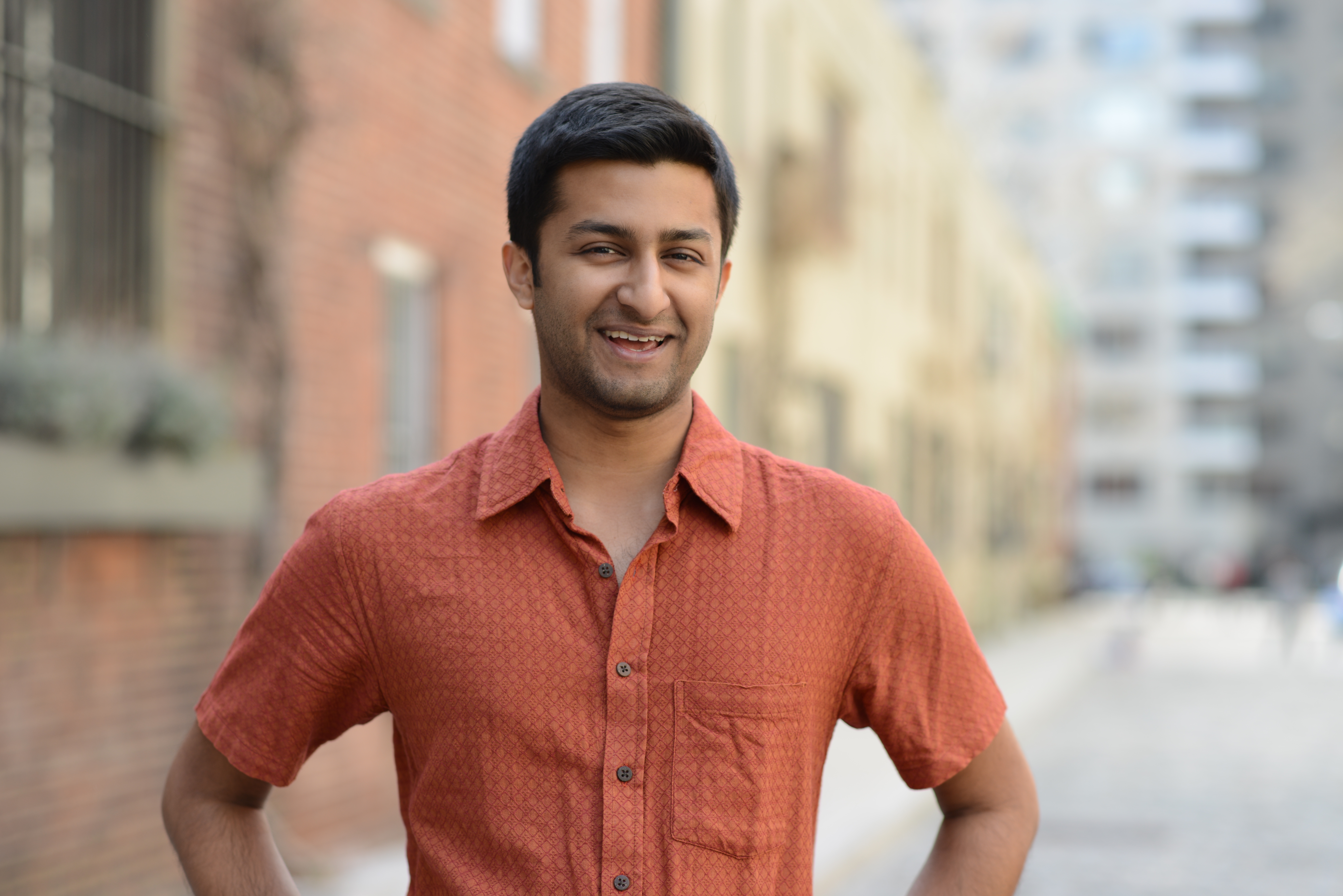 ASHISH IS CURRENTLY A THESIS STUDENT AT GRAD FILM.  WE ASKED HIM A FEW QUESTIONS AND HERE’S WHAT HE HAD TO SAY:

I’d love to tell you about Singapore but it’s still a mystery to me. It’s where my great­grandfather and his second wife eloped to from India just before World War II. Then he lost a digit of his finger along with his job and decided to start a papadum business in which all thirteen of his children worked. On a recent visit home I somehow ended up holding an outrageously priced cocktail that arrived garnished with a tiny piece of papadum. If my great­grandfather hadn’t been cremated, he would be turning in his grave.

Singapore is my home but I’ve only visited it in spurts over the last 7 years. So what do I know, really? Let’s see. In Singapore small bands of activists lobby against new highways, migrant workers build mansions for millionaire expats, liberals lock horns with homophobic evangelicals, and minorities struggle to talk about the prejudice they experience from the majority Chinese population. But it’s also a city where different cultures have genuinely mixed for centuries. You see it in the people, religions, and especially the food. Although far from perfect, diversity is the norm. Singapore is the place that will always hold the most meaning for me. However, because it’s constantly and rapidly changing, what that meaning is, is hard to pin down. But that’s what I love about it. Oh and my grandmother still makes great papadum.

I’m currently writing a comedy about race. Here’s what might be feeding into it in some form: Broad City, Louis C.K, Rihanna, late 90s Bollywood videos, Jhumpa Lahiri, Mira Nair, Edward Said, Better Call Saul, Stephen Colbert, The New York Times daily mini­crossword. Also: Mike Nichols, Billy Wilder, the Coen brothers and Woody Allen, who I realize are all white, Jewish men. So much for diversity. More generally, there’s history. I studied it, can’t get enough of it, and am constantly on the hunt for historical characters and events that I think would make great movies.

I can’t remember if I ever expected to emerge from this 3 year cocoon as a fully formed filmmaker. But for all the exposure and experiences I’ve had, I’ve definitely learnt how much I still need to learn. For example, I came into Tisch thinking that editing was extremely tedious. Now I k​now​ that it’s extremely tedious. But it’s also become one of my favourite parts of the process. I’ve found some key ‘enablers’ (friends) here who encourage me to pursue this sometimes anti­social but always obsessive behaviour that is filmmaking. Most of all, with the help of my writing teachers Mick Casale and Pam Katz, I’ve discovered that I love writing. And now I should really get back to writing because answering these questions has been the perfect way to procrastinate.

< Previous Screening of "Jack London: American Original" Next > "Equity" to play at Tribeca