Kirill Bykanov is an aspiring documentary filmmaker working independently, as well as in the music video industry. Having been born in Moscow, moving to Austria, and eventually reaching the East Coast of the United States, his storytelling has become inspired by the global voices and diverse backgrounds of the people he met. 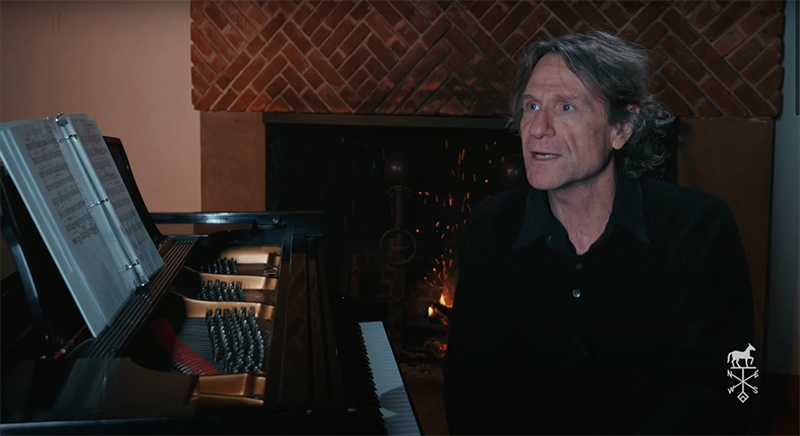 Classroom Without Walls
When the pandemic hit north americas education system, the High Mowing School in southern Hew Hampshire had to get creative about how to bring an engaging education to their students despite the challenges. 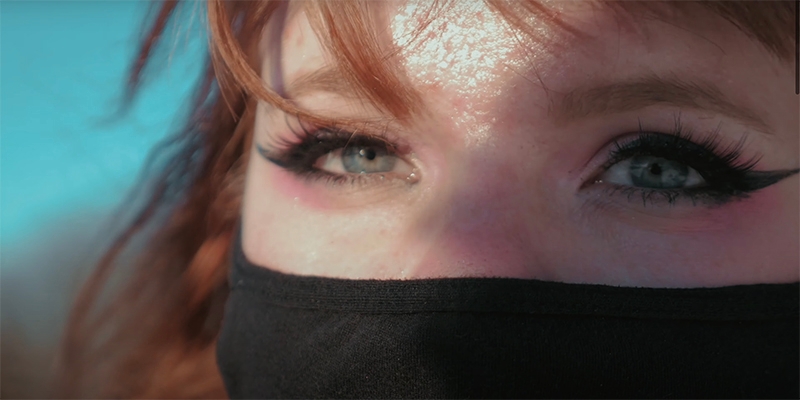 Amateur
An artists reflection on his past, present, and future, and what being a vulnerable, honest, and visionary creative means in modern times.

My name is Kiera Ferguson and I am an illustrator and concept artist for animation.  I am from Clinton, Maryland and I love carrot cake.  I am an African American female in animation striving to represent and connect culture and art. I love creating fun, whimsical and colorful stories and characters that remind me of my own life.

Carrot Cake
Ophelia harvests her fresh carrots from her garden when three bunnies come along and follow her inside. Opening her beloved recipe book, she reveals her recipe for a carrot cake she plans to make for her new bunny friends. From flour poofs and carrot shreds, the bunnies work together despite their clumsiness. As she spins her wand and her bunny apprentices assist her with the baking, a carrot cake is made for them all to enjoy!

Vivian Hu is a filmmaker and writer from Virginia.

Driving to the Tennis Court

Driving to the Tennis Court
Taking my brother to hit serves on the court in Fair Lakes.

Cheri Jia is a senior in the UGFTV program with minors in BEMT (The Business of Entertainment, Media and Technology) and CAMS (Child & Adolescent Mental Health Studies). Born in Australia, raised in China, she moved to Los Angeles in middle school. She has worked on multiple Tisch student films and produced over ten short films. She also has worked on numerous Chinese mid-budget films. 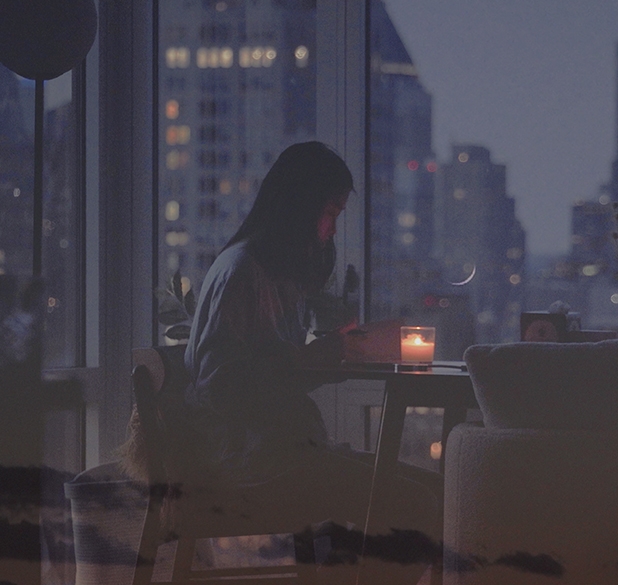 Windowpanes
When a deadly virus suddenly appeared, a girl was confined to her NYC apartment for months. Alone; Intrigued; she started to observe the nature outside of her windowpanes. By layering scenes she sees at different times of the day with herself and the windowpane, this experimental film narrates how she slowly adjusts her sleep-wake cycle and builds up her relationship with the Sun.

Carter Linsley is a Writer/Director entering his junior year as an NYU Film & TV undergrad.  Influenced by a lifelong love of film and literature, his work strives to visualize high-concept material through austere approaches to storytelling, such as sparse dialogue, minimal music cues, and B&W cinematography.  Raised in Colorado, Carter spent years in London and Los Angeles as a student of sound design before enrolling at Tisch.

Love
Separated by an apocalyptic plague, a husband and wife must use remote means to scatter the ashes of their child.

Kevin Loh is a senior studying Film and Television at New York University, with a minor in BEMT. Originally from Singapore, he strives to create diverse stories that can still resonate with a larger audience through common themes of family and coming-of-age. An aspiring writer and director, along with experiences in producing, Kevin hopes to continue exposing his audience to underrepresented individuals and cultures past college. His upbringing in Singapore and further growth in New York City has provided him with a unique perspective and a set of experiences that influence his creative projects.

Return Ticket
An Asian immigrant woman clashes with her younger brother over their final meal as she faces deportation.