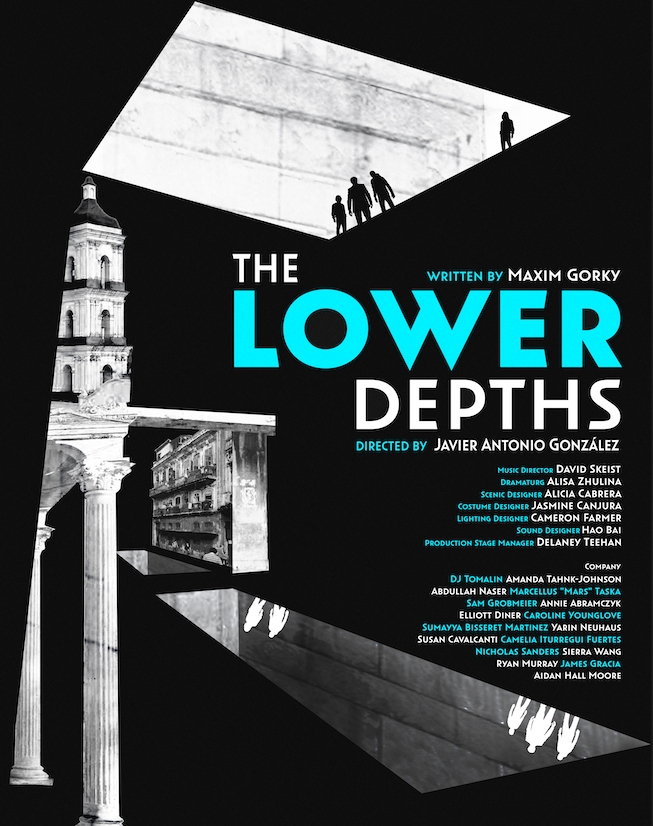 *Performed live in front of an NYU audience and broadcast online

In Gorky's greatest work, the characters are the dregs of society hovelled in a ramshackle inn: a thief, a degenerate baron, a prostitute, an alcoholic actor, the seedy proprietor, his sister-in-law who loves the thief and others. Their discontent grows until a whistler comes to perk up their spirits and they begin to grow hopeful.

Javier Antonio González is a playwright, director, and filmmaker who has served as the artistic director of Caborca since its founding. Some of his authorial work with the company includes: Lying Lydia; Distant Star (adapted from Roberto Bolaño's novel); Zoetrope; Open up, Hadrian; Barceloneta, de noche; FLORIDITA, my Love; and his first feature film, The Entitlement. In 2016, he directed his original translation of A Midsummer Night's Dream in San Juan, Puerto Rico, for Teatro en el Parque. His work has been published in the anthologies, Plays and Playwrights 2011 (New York Theatre Experience), Encuentro: Latinx Performance for the New American Theater (Northwestern University Press) and in The Puerto Rico Review as well as in 80 grados and Revista Conjunto from Casa de las Américas. González holds a BA from the University of Puerto Rico and MFA from Columbia University School of the Arts. He was a Van Lier Directing Fellow, a member of the Public Theater’s Emerging Writers Group, and a recipient of the Global Connections–In the Lab grant from Theatre Communications Group. He has taught at DreamYard Prep, LaGuardia Community College, and most recently he directed Electra at Barnard College. 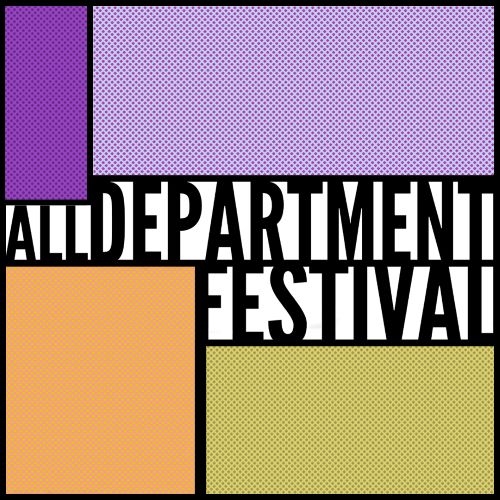 The All Department Festival brings together faculty from across the Drama Department with student performers and Production & Design team members for an exploration of Euripides' The Bacchae, directed by Emily Mendelsohn. In addition, the festival will feature A Response, a production of devised work directed by Attilio Rigotti and performed in repertory throughout the week, exploring the timely narratives and issues of Euripides' original work through deconstructed performance components.

By Euripides
Translated by Aaron Poochigian
Directed by Emily Mendelsohn

The Bacchae is 2,500-year-old play about the human and more-than-human vitality of grief and the dire consequences of stifling it. Dionysus, son of human Semele and god Zeus, returns to his mother’s home to restore her name as the mother of a god. He drives his aunts and other women of Thebes into ecstatic worship on a nearby mountain, but his cousin, the city’s ruler, refuses to respect Dionysus’ rites. Dionysus seduces Pentheus to become a woman and spy on the wild revelers who tear him apart in ritual sacrifice. Pentheus’ mother, Agave, returns to the city with her son’s head in her hands. Dionysus’ spell lifts and Pentheus body is laid on Semele’s grave, opening a space for mourning–for Semele, Pentheus, the family, the city, and a justice that can be fully known. With this production of Aaron Poochigian’s translation, we will explore wildness, animality, and the rituals we have to hold space for loss in the pandemic and our ongoing climate emergency.

Anne Carson, in her introduction to the Bakkhai, states that Dionysus is the god of the beginning before the beginning. A daemon, he is neither god nor mortal, but somewhere in between, constantly in motion.

To respond to the Bakkhai is to interrogate the flawed dualities that seem to govern our lives. By doing so, we explore instead those remarkable states of in-betweenness: between mortality and divinity, between the rational and the irrational, between the physical and the digital, between flesh and algorithm, between the organic and the synthetic.

Engaging with technology as a creative collaborator, this response piece tackles the Bakkhai and its cultural legacy as a charged artistic archive to break apart ideas of transhumanism, liminality, consciousness, divinity, the body, and the limits of the human experience.