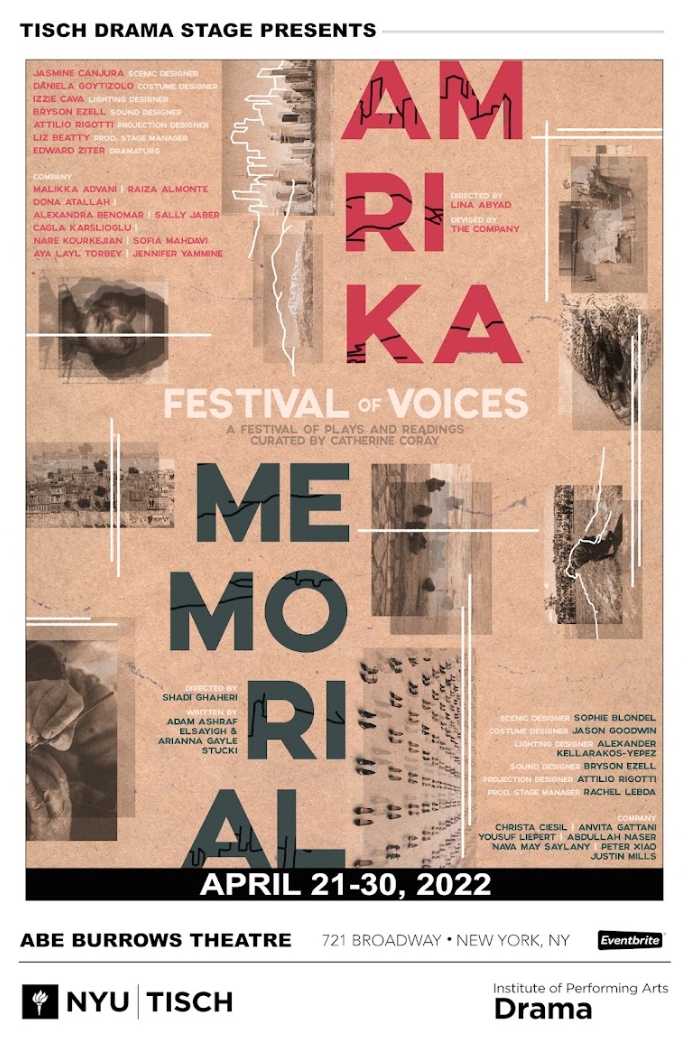 This spring's Festival of Voices will present two productions featuring Arab and Arab-American playwrights, offering audiences a glimpse into the heart and soul of life in the Middle East and beyond.

Amrika is inspired by accounts of women from Syria and Lebanon who emigrated to the United States in the early and mid-20th century, sometimes leaving behind husbands and family in search of opportunities and independence. Their stories reflect the experiences of many women from all over the world, who struck out on their own and built new lives, later bringing their families to the U.S. and adding to the growing diversity of American cities and towns.

Memorial is a verbatim play that tells the story of the Christchurch Muslim community during and following the two mosque shootings that occurred on March 15 in Christchurch, New Zealand, using embodied rituals and practices. Memorial chronicles the impact of the shootings and systems of violence through the words and experiences of seven citizens of Christchurch, focusing on the friends and families of those who were lost in the attacks. It deeply engages with themes of migration, diaspora, and the experience of otherness and xenophobia, both within and outside communities.

On April 23rd at 1pm, the Festival of Voices will present a staged reading of SMAIL, by Tariq Hamami, directed by Megan Sandberg-Zakian. The reading will feature performances by both students and professional actors.

SMAIL, based on a true story from Hamami’s family, is set in Algiers in 1990, 1994 and 2014. Ismail Said, aa 36-year-old male who goes by the shortened name Smail is suspected of being part of the Islamic Salvation Front, a radical Islamist group that opposes the central government, and has been detained and is interrogated by an Algerian government agent named Rifat…