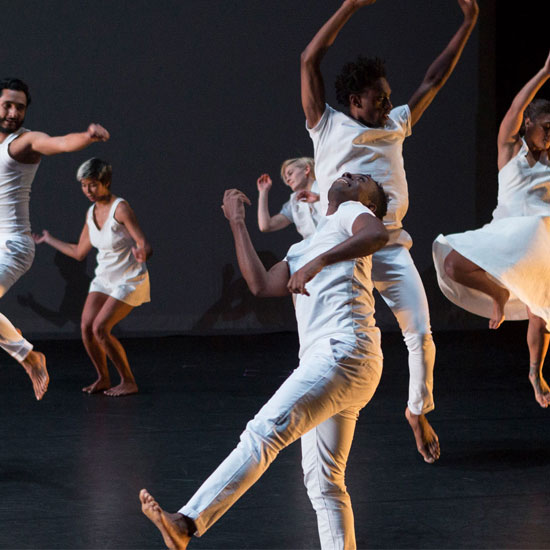 Moving fluidly between past, present, and fantasy, Halfway to Dawn is a jubilant dance-theater celebration of the openly gay, intensely private, and fiercely political jazz composer and arranger Billy Strayhorn, perhaps best known for the inimitable standard “Take the ‘A’ Train” and as Duke Ellington’s main collaborator. Los Angeles-based choreographer David Roussève sets nine dancers to various movement styles—from modern to postmodern, from jazz to social dance—with a lively score that includes selections from Strayhorn’s oeuvre of the 1940s and 50s. Layered with video projections of text and historical footage, Roussève’s homage expands on the political urgency of Strayhorn’s narrative while channeling the spirit of the virtuoso himself. - David Roussève