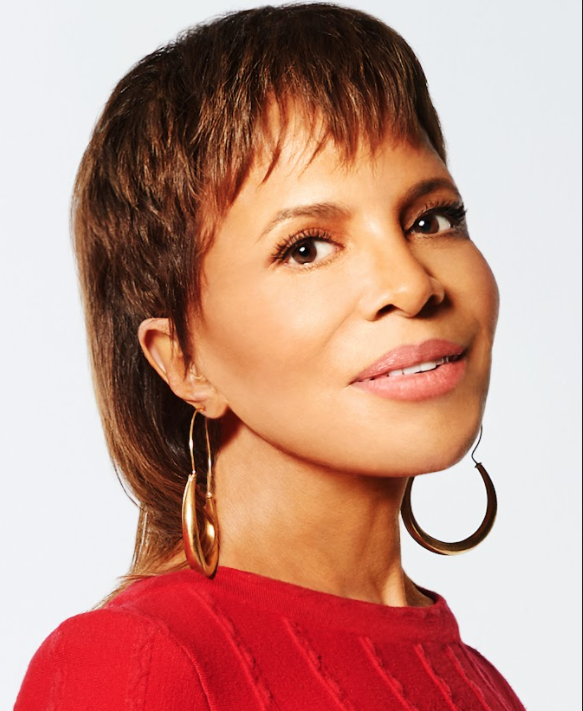 Sylvia Rhone is regarded as the most influential female executive in the history of the music business.  Named Chairman and CEO of Epic Records in 2019, a division of Sony Entertainment, Ms. Rhone has helmed senior positions at all three major record companies, and was the first woman to be named CEO of a major record label owned by a Fortune 500 company, and the first African American woman in history to attain such a title.  Named President of Epic Records in 2017, the label  placed three artists simultaneously in the Top Ten of the Billboard 200 Albums chart twice during her tenure, with Travis Scott’s historic album Astroworld debuting at the top spot and returning to # 1 again at the end of 2018.  Ms. Rhone has guided multiple artists to the top of the charts at Epic, including Travis Scott, Camila Cabello, 21 Savage, Future, DJ Khaled, French Montana, Meghan Trainor, and others.  Recipient of nearly three dozen honors and awards in an acclaimed career that has spanned more than four decades, she is to be honored with the City Of Hope’s prestigious The Spirit Of Life Award this October, and received the Midem 2019 Hall Of Fame Award, in association with Billboard, at their 53rd annual conference in June of 2019.

Prior to her appointment at Epic, Ms. Rhone was Chairman of Vested In Culture (VIC), a joint venture with Sony Music Entertainment.  The company was conceived as a ‘new business model’ entertainment entity dedicated to establishing cutting edge cultural brands spanning the music, digital, film, TV and fashion realms.

Long recognized for eliciting groundbreaking templates of diversity in play inside and outside executive corridors, in 2004 Ms. Rhone was named President of Universal Motown Records, Executive Vice President of Universal Records, and Chairman of the Universal Motown Record Group.  Ms. Rhone was responsible for developing a diverse group of award-winning artists, labels and digital ventures at Universal Motown, credited for re-branding the label’s storied legacy, extending the reach of hip hop imprint Cash Money, and restructuring the roster to reflect the cultural richness of its consumers.  The best-selling repertoire of contemporary hitmakers included Lil Wayne, Drake, Kid Cudi, Akon, Kelly Rowland, Nicki Minaj and others.

In 1994 Ms. Rhone was appointed Chairman/CEO of the Elektra Entertainment Group, the first African American woman to be named Chairman of a label owned by a Fortune 500 company.  Her decade-long tenure saw her transform the boutique label into one of the most eclectic and successful rosters in music, with Ms. Rhone guiding the careers of legendary artists such as Missy Elliott, Metalllica, Tracy Chapman, ACDC, Third Eye Blind, Natalie Merchant, and Busta Rhymes, among others.

Ms. Rhone’s career reads like a virtual litany of firsts.  In 1990 she became the first African American woman to head a major record company when she was named CEO/President of Atlantic's EastWest Records U.S. division, masterminding the multi-platinum successes of artists including En Vogue, Pantera, Levert, Das EFX, and others. She became a major force at Atlantic Records in the 1980s and ‘90s, her keen vision and business sense reinvigorating the label’s black music mission, contributing to the imprint being named #1 Black Music division by Billboard Magazine in 1988.

Ms. Rhone has also been credited for championing pivotal female hip hop trailblazers during her career, including the first female rapper to ever release a full-length album, MC Lyte, who released Lyte As A Rock in 1988. Ms. Rhone’s success in breaking through the artistic glass ceiling is emblematic of the empowered, genre-transforming female icons cultivated by her at multiple labels.  In Billboard Magazine’s 2014 article listing the 31 Female Rappers who changed hip hop, Ms. Rhone had launched five of them, including seminal groundbreaking artists Missy Elliott, MC Lyte, Rah Digga, Yo Yo, and Nicki Minaj.

Raised in New York City’s Harlem, Ms. Rhone has always been inspired by the historic neighborhood’s incredible vitality.  After graduating from the University of Pennsylvania’s prestigious Wharton School, she bucked the Ivy League route in her music business journey and took a job as a secretary at Buddah Records, performing a variety of jobs, gaining valuable experience at multiple labels.  During her rise to the top echelons of the music business she has also been credited with enriching the artistic and cultural identity of the industry by pioneering policies that created a gender-balanced, racially diverse environment reflective of the culture as a whole.

Recognized annually in multiple Executive Power Rankings, Ms. Rhone was ranked #35 on Billboard’s Annual Power 100 List in 2019.  Acclaimed throughout her music business career as a female executive trailblazer with few peers, Ms. Rhone is the recipient of more than three dozen awards and honors from the music business and the greater community at large.  In 2017 she was honored with the Harlem Business Alliance Award.  In 2014 she was the first woman to receive the Music Business’ Association Presidential Award for Sustained Achievement.  Ms. Rhone has also been awarded the 2012 Essence Black Women in Music Trailblazer Award, the 2011 Keepers of the Dream Award, the 2010 Lexus Pursuit of Perfection Award, the 2004 Turner Broadcasting Trumpet Award, the 2004 Black Girls Rock! Corporate award, and others. In 2001 Ms. Magazine named Ms. Rhone Woman Of The Year, along with Jane Fonda and Yoko Ono, among others.

Ms. Rhone was one of only four women recognized in Jet Magazine’s 50 Years Of Progress issue which chronicled the business achievements of prominent African Americans in the previous half century.  Ms. Rhone has been featured on Entertainment Weekly’s Most Influential People list six times and The Hollywood Reporter’s Women in Entertainment Power list nine times, profiled by the NY Times, the LA Times, NBC, BET, MTV, Rolling Stone, New Yorker, VH1, Billboard, Vibe, Ebony, Black Enterprise, Billboard, Essence, Crain’s, Coveteur, and multiple other media outlets.   She has been credited by noted LA Times writer and legendary music business journalist Chuck Phillips for ‘breaking the male bastion’ of the music business.  Phillips wrote ‘Rhone’s ascent from secretary to label chief was no cakewalk, but rather a hard-won victory rife with racist and sexist encounters.’  A Miami Herald article designating Ms. Rhone as one of the ’Twenty People Who changed Black Music’ heralded her ‘a living legend,’ noting that her ‘knack for finding quality musicians and pairing them with quality projects is the legacy that Rhone will leave, though she is a far cry from leaving her final imprint on the business.’