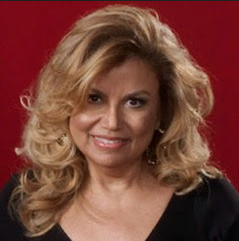 Suzanne de Passe, Co-Chair of de Passe Jones Entertainment with her business partner Madison Jones, began her career at Motown Records as Creative Assistant to founder Berry Gordy. During her early career at Motown, she was instrumental in signing and developing a number of artist including The Jackson Five/Michael Jackson, the Commodores/Lionel Richie, Teena Marie, Thelma Houston, Stephanie Mills, Rick James, and Frankie Valli and the Four Seasons.

As Motown expanded into television and film production, she began writing for the company’s television specials. First for DIANA staring Diana Ross, then as head writer for GOIN’ BACK TO INDIANA, staring The Jackson Five. Subsequently Mr. Gordy promoted her to President of Motown Productions, the television and film arm of the company. MOTOWN 25: YESTERDAY, TODAY FOREVER, her first project as Executive Producer/Writer won the Primetime Emmy Award for Best Variety Program followed by MOTOWN RETURNS TO THE APOLLO that also won the Emmy in the same category. Ms. de Passe has served as Executive Producer of a number of highly acclaimed mini- series and television shows including LONESOME DOVE, SMALL SACRAFICES, THE JACKSONS: AN AMERICAN DREAM, BUFFALO GIRLS, THE TEMPTATIONS, SISTER SISTER, SMART GUY, ZENON: GIRL OF THE TWENTIETH CENTURY and it’s two sequels. She was the Executive Producer of SHOWTIME AT THE APOLLO for five seasons, and joined with Jeff Friday to bring The BLACK MOVIE AWARDS and then THE AMERICAN BLACK FILM FESTIVAL HONORS to the audience. She was nominated for an Oscar for co-writing the screen play, LADY SINGS THE BLUES. In addition to her 2 Emmy Awards, she is the recipient of a Golden Globe, 5 NAACP Image Awards, 3 Peabody Awards and a number of other awards and honors, including the Women In Film “Crystal Award,” the Revlon “Business Woman of the Year Award,” “the Los Angeles Urban League Whitney M. Young, Jr. Award,” 2 Cowboy Hall of Fame Awards, and the George Arents Award, the highest alumni honor presented by Syracuse University.

Ms. de Passe is the subject of two Harvard Business School case studies: “Suzanne de Passe and Motown Productions” and “de Passe Entertainment.” In addition, she received an honorary doctorate of Humane Letters from Howard University where she had served as the AOL Time Warner Endowed Chair as visiting professor in the then Johnson School of Radio, Television and Film.

She has served on a number of boards and charitable organizations, including: The American Film Institute, The California Motion Picture Council, The Los Angeles Chamber of Commerce, The Debbie Allen Dance Academy, The Los Angeles Opera, The Caucus of Producers, Writers & Directors. Ms. de Passe currently serves on The Academy of Television Arts and Sciences Foundation Board and is an active member of the Writers Guild of America, The Producers Guild of America, The Academy of Motion Pictures Arts and Sciences, and is a proud honorary member of the Alpha Kappa Alpha Sorority.

Current projects for de Passe Jones include: WHAT’S GOIN ON: THE MARVIN GAYE STORY in collaboration with Dr. Dre and Jimmy Iovine, SONGBIRD: THE MIRIAM MAKEBA STORY starring Kerry Washington for Netflix, a series based on the motion picture MAHOGANY with Lee Daniels Entertainment, FANG, an epic sci fi fantasy series and a mini-series based on the legendary group EARTH WIND AND FIRE. Also in the works is an autobiography and a television series based on Suzanne’s early days at Motown and her adventures in the music business.