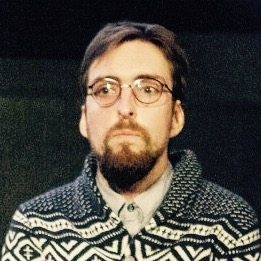 In my dissertation I hypothesize that an emphasis on material constituents of filmic chronotope enables us to re-examine and reconsider mnemonic and eco-critical attitudes in Eastern Europe as they are represented on screen. Instead of focusing on dominant historical narrative, in my research I pay attention to manifestations of images of material agents in fiction, non-fiction and experimental films produced in the period of the Soviet-to-post-Soviet transition.

Lukas Brasiskis is a PhD candidate at New York University in the Department of Cinema Studies and an adjunct lecturer at NYU and CUNY/Brooklyn College. Lukas is also an associate curator of video and film for e-flux. His interests include eco-media, the politics and aesthetics of world cinema, intersections between philosophy, moving-image cultures, and the contemporary art. His texts have been published in both academic and non-academic media and he is currently co-editing two books: "Cinema and the Environment in Eastern Europe" for Berghahn Books and "Jonas Mekas: The Camera is Always Running" for Yale University Press.