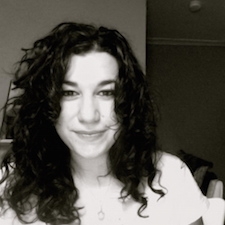 The aim of this dissertation is to explore how the images, performances, and narratives of schizophrenia we find in clinical representations often resonate with fictional or aestheticized sources. By mapping out the interactions among scientific films, personal testimonies, and medical training films, this research specifically integrates the history, theory, and philosophy of still and moving images into the history of medicine to create a new understanding for the production of knowledge around schizophrenia.

Born in Germany of Iraqi descent, Linnéa Hussein holds a B.A. (honours) in film and American studies from the University of East Anglia (Norwich, UK). She received her Masters degree in film studies from Columbia University in 2011, where she wrote her thesis on “The Sick on Display: Aberrantification of Patients and Exploitations of the Body in London Missionary Society Films.” Before she started her Ph.D. at New York University, she worked for Just Vision, a nonprofit organization that creates documentary films and multimedia supporting Palestinian and Israeli community organizers and human rights defenders working toward a future of freedom, dignity, and equality.

Linnéa has worked as a teaching assistant at NYU, Columbia University, as well as The Jacob Burns Film Center, for a variety of classes including Silent Cinema, Documentary Hybrid Films, 1970s Hollywood, and Arab and African cinema. She is currently employed as an adjunct professor at NYU, teaching "Forbidden Films: Censorship in the US."

Her articles and reviews have appeared in Film Quarterly, The New Inquiry, Social Text, and Film & History.