Screening and Discussion with Rokhaya Diallo 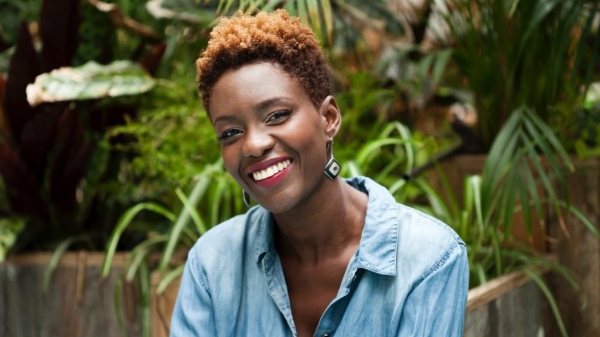 Rokhaya Diallo: the Black Muslim French journalist who has made racial and gender equality her battlefront in the colorblind Republic

PLEASE NOTE THAT THIS EVENT HAS BEEN POSTPONED UNTIL THE FALL 2021 SEMESTER. More details to come.

For almost two decades, French journalist Rokhaya Diallo has spearheaded advocacy campaigns to promote racial and gender justice in the French mediascape. Despite various threats both online and on TV sets where she is often the only woman and most of the times the only person of color among the guests, she has always brought her expertise and experience to analyze and fight against several forms of oppressions that still dominates the French society.

Her extensive cross-media productions (essays, books, graphic novels, films, television, podcast…) has also helped her gain a large audience and she is now developing her transnational perspective France/US with her recent appointment as a columnist for the Washington Post.

After the screening of her last documentary Acting while black: blackness on French screens Rokhaya Diallo and Ph.D Candidate in Cinema Studies Leonard Cortana will discuss important episodes of her career and the importance of her work in a country that refuses to talk about race, often overlooked as “importation of the US cultural studies”. Diallo will also examine issues around racism and sexism on the TV sets and her strategic use of different mediums to unravel her intersectional thinking.

Rokhaya Diallo is a French journalist, writer, and award-winning filmmaker widely recognized for her work which dismantles the barricades of racism and sexism through the promotion of equality and pluralism.

TV host and a pundit on several French and international networks, Rokhaya is also a contributor to several newspapers and magazines including the Washington Post. She has also directed several documentaries including the award-winning Steps To Liberty and Acting While Black.

She is the author of several books, including two graphic novels. Expressing herself through many arts, has curated an exhibition in Paris inspired by the book “Afro!” she co-authored with the photographer Brigitte Sombié. She has also written a play named « Welcome Alykoum » directed by Géraldine Bénichou and played by singers HK and Awa Ly, for the reopening of the theater hall Le Cabaret Sauvage in Paris back in 2019.  Rokhaya Diallo is also to co-creator of podcast “Kiffe ta race” (produced by Binge Audio), along with co-host Grace Ly, dedicated to race and gender issues and ranked among the best podcasts in 2018 by Apple.

She has been the recipient of several awards including the Women in Digital Feminine Communication Award from #LabcomWomen in the Generosity category created by the channel TF1 and the distinction paying homage to her work in the Journalist of the Year category 2016.

Additional information regarding Rokhaya’s biography and current endeavors can be found on her website http://www.rokhayadiallo.com/

Leonard Cortana (Guadeloupe/France) is a Ph.D Candidate at the Cinema Studies Department at NYU Tisch School of the Arts and a 2019-2020 Fellow and now Affiliate at the Berkman Klein Center, Harvard Law School. His last documentary Marielle's Legacy Will not Die  follows activist movements spreading the intersectional legacy of Afro-Brazilian activist and politician Marielle Franco in Rio de Janeiro, Brazil. His doctoral research focuses on the circulation of transnational film narratives about racial justice and activist movements, with an emphasis on productions about the legacy of assassinated Black anti-racist activists and the impunity of their crimes.