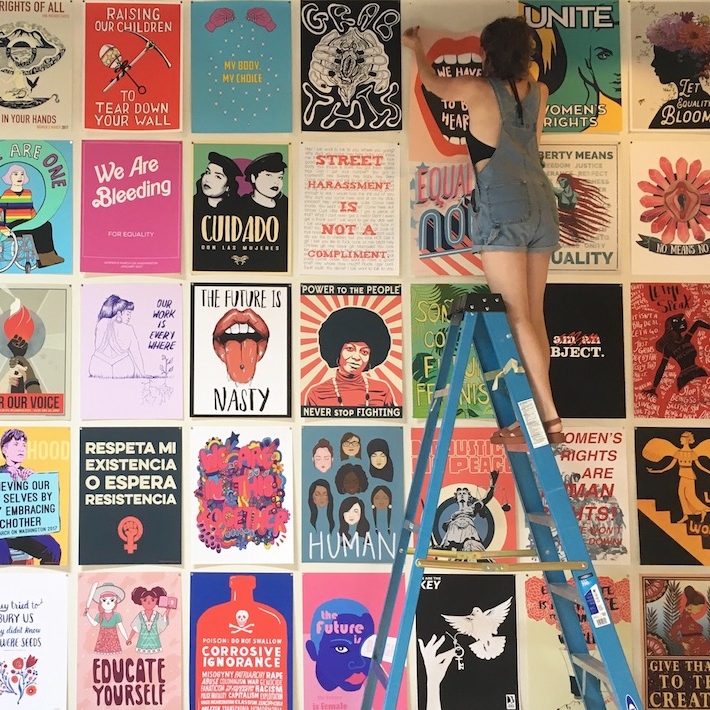 Cleo Barnett is a New Zealand born curator, strategist, and designer. Currently based in the United States, her practice explores the relationship between experience design, storytelling, and community liberation grounded in sustainability.

Since 2015 Cleo has been a core part of the Amplifier team, a non-profit organization which builds visual media experiments in collaboration with contemporary artists, educators and community engagement, to amplify the voices of social movements. As the Deputy Director, Cleo co-produces and co-curates multiple global public art campaigns including the iconic We The People Campaign, Women’s March on Washington, and March For Our Lives. The result has been millions of iconic posters distributed and downloaded across the country and building the non-profit into a globally recognized art and social justice organization.

Her work at the intersections of public art and cultural organizing has been featured at the Brooklyn Museum, on CNN, VICE, Refinery29, Radio New Zealand, the New York Times, and elsewhere. Cleo holds an M.A. in Art and Public Policy from New York University, and a double B.A. in Political Science and International Business from the University of Auckland.