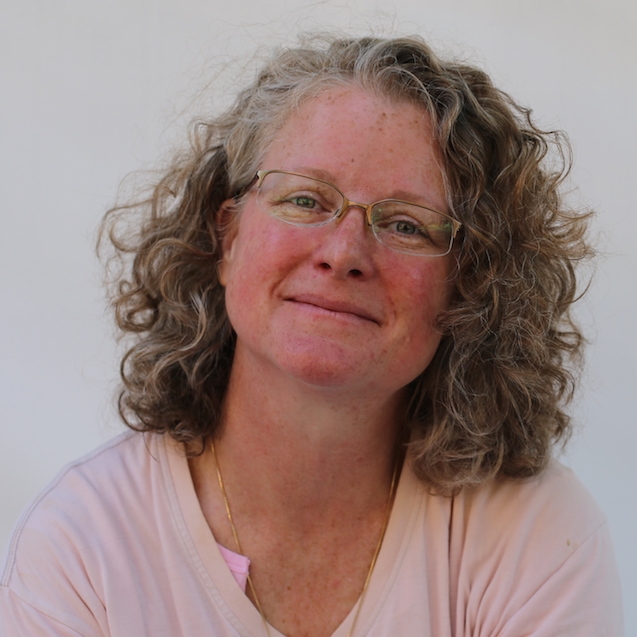 Kate Conroy is a radically inclusive lesbian feminist. She was raised in Portland, Oregon of the 1970s with hippies and feminists as s/heroes who influenced her pro-peace and pro self-determination politics. A move to New York with the 1990s economy temporarily tracked her into the art of money getting. By the turn of the century she regained a sense of community and worked for community-based arts groups throughout the state of New York. Her acceptance into NYU's Tisch Arts Politics program began her artistic mission to create work for and about lesbian artists; particularly those who influenced her in the downtown arts scene of New York City. Conroy coined the term "Lesbeing" as a conceptual project, which she shares annually at Dyke Marches across the country. She presented a series of her petrie dish portraits of historical lesbian artists as part of the 2012 Pop-Up Museum of Queer History exhibit "Before We Were Queer." Her surreal ethnography "The Giles Findings: A Natural Herstory of Lesbeings" brings together her petrie dish portraits with her mapped migration study of lesbian artists to New York City. Its debut as a work-in-progress at Dixon Place in 2011 was a surprise success to many of the Lesbeings and Lesbros in attendance. Conroy looks forward to to the final expansion and completion of that project, which will include guest artists, artifacts, and a printed compendium. Look for it in unlikely places in the fall of 2016.

What drew you to the MA Arts Politics program?

I was working in the non-profit arts sector during the fiscal crises of 2008. Because that took us all by surprise I realized I did not have a broad enough view of arts funding. I decided I needed a program that would support critical inquiry into funding access and the sustainability of community arts.

How did your experience in the program shape your work?

Once I accepted the lack of understanding and representation of my community in society, I clarified my duty to produce and share identity-based work. The program helped me realized that identity-based work is not only a worthy artistic pursuit, but an essential component of meaningful social discourse. I also concluded that some of the heaviest issues are are most effectively communicated with levity.

What are you doing now?

In 2016 I expect to have finished my surreal ethnography "The Giles Findings: A Natural Herstory of Lesbeings," which I started in the program. Its full production with guest artists, artifacts, and compendium will be at Dixon Place in the Fall of 2016. In the meantime, I will present a form of it with collaborator Kay Turner at SOHO20 in spring of 2016.