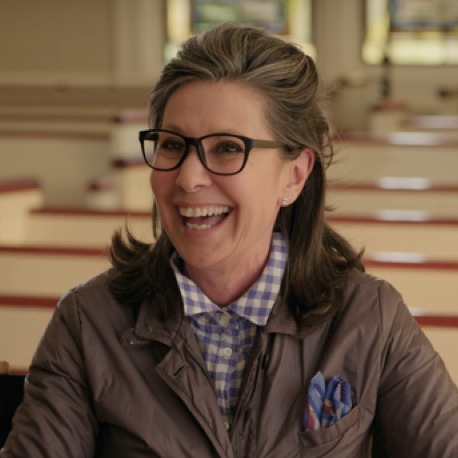 Donna Gigliotti is one of only nine women to win an Academy Award for Best Picture. She received the 1998 Oscar® for producing SHAKESPEARE IN LOVE. Among its thirteen nominations, seven Oscars® were awarded the film, including Best Actress (Gwyneth Paltrow), Best Supporting Actress (Judi Dench) and Best Original Screenplay (Tom Stoppard and Marc Norman). Gigliotti also received the 1999 Golden Globe® for Best Picture/Comedy and the 2000 British Academy Award (BAFTA) on behalf of the film.

Gigliotti’s fourth Best Picture/Academy Award nomination was granted in 2017 for HIDDEN FIGURES. The film recounts the story of three black women mathematicians whose work at NASA proved integral to the United States’ successful space program. It was a worldwide success, grossing an astonishing Two Hundred and Thirty Million dollars and it has inspired a national conversation about women and STEM.

In 1985, Gigliotti was knighted to the rank of Chevalier des Arts et des Lettres by the French Republic. She is a member of the Academy of Motion Picture Arts and Science, the European Film Academy and the Producer's Guild of America. Gigliotti is a graduate of Sarah Lawrence College.