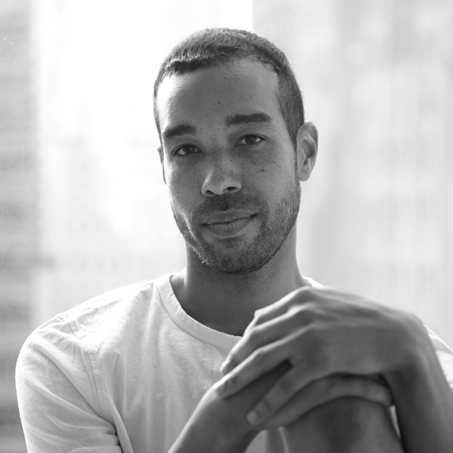 Rashaun Mitchell is a choreographer, performer and teacher living and working in NYC. He is a 2014 Guggenheim Fellow and recipient of the 2012 NY Dance and Performance Award (Bessies) for "Outstanding Emerging Choreographer". His work focuses on the creation of new vocabularies for dance performance, with a particular interest in creating polymodal dance in response to complex and active spatial environments. It takes into account its surroundings as a vehicle for communicating particular metaphorical, intertextual, and sense-based aspects of dance and performance. His choreography has been presented by New York Live Arts, Danspace Project, Baryshnikov Arts Center, RECAT, Lower Manhattan Cultural Council, La Mama Moves Festival, Mount Tremper Arts, Skirball Center at NYU, the Museum of Arts and Design, and at numerous site- specific venues and universities.

Other awards include a 2007 Princess Grace Award: Dance Fellowship, a 2013 Foundation for Contemporary Art "Grant to Artist", a 2011 "Bessie" Award for "Sustained achievement in the work of Merce Cunningham 2004-2012". He is a Cunningham Fellow and licensed stager of the repertory. Mitchell has been on faculty at Sarah Lawrence College, an artist-in residence at Wellesley College, and has taught master classes throughout the country. With his ongoing collaborator, Silas Riener, he received a 2014 City Center Choreographic Fellowship, was selected for LMCC"s inaugural Extended Life Development Program, and listed in Dance Magazine's "25 to Watch".