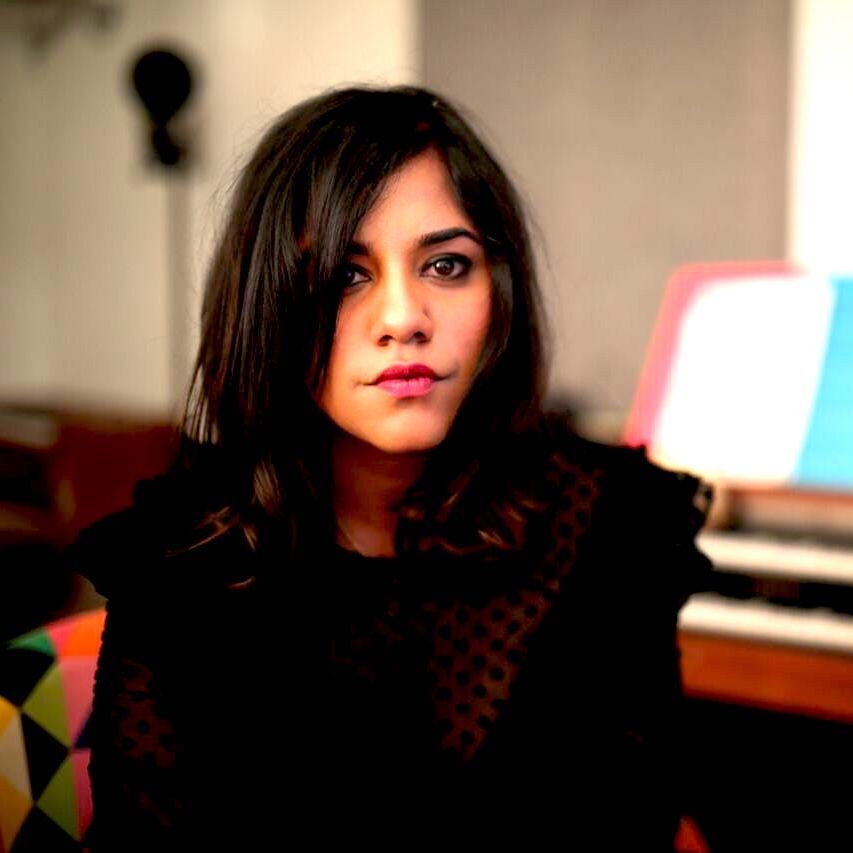 Shruti Kumar is a composer/producer/conductor based in LA. Her work has spanned the film/tv, pop, and concert worlds and she often finds herself in projects that mix genres and experiences. She has worked at Remote Control Productions (Hans Zimmer's Studio), collaborated with artists including Alicia Keys, Nas, No Doubt, Garbage, and Fiona Apple, and conducted/orchestrated large scale productions -- most recently at The Walt Disney Concert Hall in conjunction with the Los Angeles Philharmonic and Gxrlschool helming BREATHEWATCHLISTENTOUCH: The Work and Music of Yoko Ono. She spent the majority of the past year in London doing a residency with Spitfire Audio as well as producing out of Strongroom Studios in Shoreditch working with other artists as well as weaving together several years of collected sounds from her travels around the world for her upcoming album. She is also a radio host at dublab ("Let's Shake On It") and founder of Sound Travels (www.soundcantravel.com) -- engaging with culture & arts advocacy as well as aiming to level the musical playing field. She completed her undergraduate studies at Columbia University and The Juilliard School, and received her Masters Degree in Music Composition for Film & Multimedia at NYU.