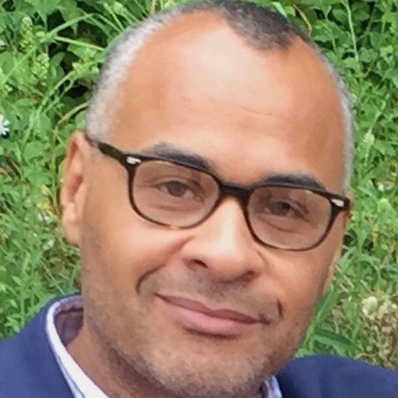 RTJ is the culmination of a career-long journey for Amaechi with the group’s co-founder, producer  and NYC half, EL-P. They met in 1994 and from his first group Company Flow to now, have worked  together on everything since, including co-founding the legendary independent rap label, Definitive  Jux (2000-2010). In 2004, Amaechi co-founded the artist & label management group World’s Fair,

In 2006 Amaechi was elected the founding chairman of the American Association of Independent  Music (A2IM), which represents the rights of independent record labels in the multibillion dollar  music marketplace, and was instrumental in the creation & launch of M.E.R.L.I.N.; in 2008 he joined  the Geneva-based music tech start up official.fm as head of Content & Business Affairs; and most  recently was a strategic partner at Monotone artist management, home to Jack White, Danger  Mouse, Jonah Hill, EL-P, Jamie Foxxx, Vampire Weekend, LCD Soundsystem & more.

In 2021, Amaechi launched Studio A, a new venture focused on creators & IP from Africa & the  diaspora across all mediums plus sports, gaming & technology. Music clients include the ground breaking West African rock band, Songhoy Blues, who released their latest album, Optimisme, to  worldwide critical acclaim, plus up & coming artists Fat Tony, DAP the Contract, Azekel Adesuyi,  Kech Phrase & Mimikat. Studio A is currently working with AEG to plan a 2022 US tour featuring  rising stars from the African music scene. Most recently, he picked up legendary black punk rock  band (& his teenage heroes) Bad Brains as a client, and will be working with them on rights  management & catalog monetization. Additionally, Amaechi is a partner & executive producer at  GRAiNEY Pictures in LA, an award-winning documentary & branded content production company,  which just wrapped it’s next film, Unzipped, tackling the dual crises of homelessness & income  inequality in Venice, CA & beyond.

With a journey spanning from bi-racial immigrant kid to budding football star to bartender to  bookstore clerk to human rights worker in Jamaica to aspiring filmmaker who caught a break from  Spike Lee to music manager to music tech to finance, Amaechi has charted his own unique path to  the present. His work has been a 5x winner of the Clio Awards (3 Gold), 10x winner of the Libera  Awards, and bronze recipient at Cannes Lion, and his expertise & portfolio now range across  multiple sectors in entertainment, media, retail, lifestyle & tech, beverages & more, achieving  $100M+ in revenues via strictly independent, self-owned & financed ventures, most of which he was  told would fail. As an artist manager, he has deep experience in all aspects of the music business,  and has developed an extensive global network with key ecosystem partners like Apple, Amazon,  YouTube, Spotify, Deezer, Tik Tok, Triller, Instagram and Snap, plus major brands, agencies &  media.

Amaechi has also been an early adopter & innovator in the tech space, launching his first website in  1994, first desktop app in 2003, a digital download store in 2005, a music tech start up in 2008, and  with Run the Jewels, jumping head first into the worlds of VR, AR, 3D, gaming & more to create  world-class, award-winning content. Most importantly, he’s had the distinct pleasure of working in

Amaechi serves as an advisor to creative companies, brands & hedge funds, sits on the boards of  the non-profits NYCxDESIGN and In Place of War, and has been a judge for the CLIO Awards &  the NYU/Clive Davis School Cornerstone Prize. Via his philanthropic efforts, he’s helped raise  $500K+ over the past 5 years to support victims of police violence, legal support for peaceful  protesters plus causes empowering women, children, LGBTQ+ & immigrant communities.

A graduate of the University of Michigan’s College of Literature, Science & the Arts, Amaechi lives in  Harlem, NY with his 2 daughters.