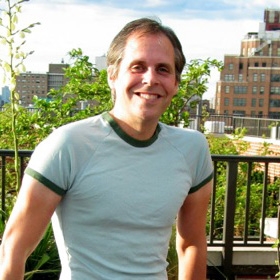 Jim Farber has been writing about music since The Ramones were new. His first piece appeared in Rolling Stone when he was 17. For twenty five years, Jim was the Music Editor and Chief Music Critic of the New York Daily News. Currently, he contributes pieces on music and culture to The New York Times, The Guardian, Time Magazine, Mojo, Yahoo Music, the BBC's Cultural site, Entertainment Weekly and many other outlets. He also writes on arts and travel for Conde Nast Traveler.com.

Jim's essays have appeared in several anthologies, including "The Rolling Stone Book of The '70s" and "The Rolling Stone Record Guide." He is one of the main authors of the original "Rolling Stone Rock Encyclopedia." Additionally, Jim has been a guest lecturer on music, and criticism, at Barnard, SUNY Purchase and NYU. He is a two-time winner of the ASCAP-Deems Taylor Award, America's highest prize in music criticism.